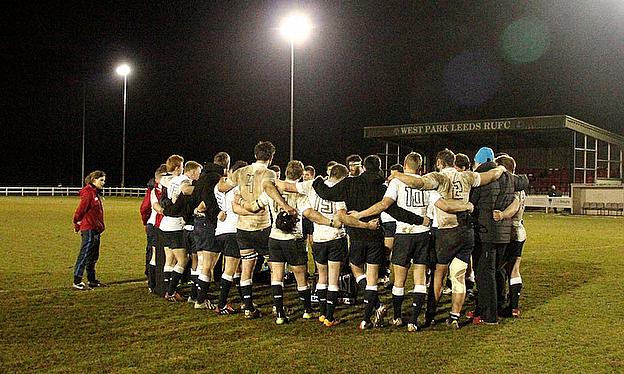 The England Students Development team were beat in Leeds
©TRU

In the lead up to the full international England Students versus France Students on April 11th, the two set up’s Development teams went head to head at West Park Leeds RUFC.

It was a French kick off on the damp evening, and England showed immediate intent as a loose ball was punted downhill for a French line out on their 22.

France demonstrated their flair at broken play, scrambling England and costing a number of penalties.

England weren’t going to be bullied by the French as a series massive hits forced pushed them backwards.

However, France managed to make space from a line out on the 22 and capitalised on it as their No. 14 crossed the whitewash. With a successful conversion, France led 7-0.

A good chase from the restart scrambled France, allowing England’s No. 13 Alex Wilcockson to make a break and force France to commit an infringement and give away the penalty.

However the kick at goal hit the left post, and quick reactions from France forced England back.

France continued their determined attack, but after a number of phases on England’s 5m line, an immense hit from Vice Captain Sebastian Nagle-Taylor dislodged the ball from French hands.

The loose ball was kicked up to the halfway, but an error from England gave France the penalty, which was kicked out for a line out on the 10m.

A big driving maul pushed England back into the 22, and a number of clinical passes sent the French No. 11 over to score their second try. The conversion attempt was just short, keeping the score at 12-0 to France.

Moments after the restart, a well-placed box kick found space behind the French defence. A strong chase from England secured possession, and the point of attack was swung across the pitch. Wilcockson found the gap in the French line to put the first points on the board for England.

France returned with intent, winning a penalty inside the 22 and just to the right of the posts. However the kick at goal hit the post. France gathered the rebound and cross field kicked it over the try line, but England managed to dot it down, ending the first half 12-5 to France.

A strong England restart forced France to commit a series of offences, and a successful penalty kick from full-back Rhodri Adamson drew the scoreline closer to 12-8.

A quick break from France’s No. 12 was put to an end with a forward pass, and England’s pack showed continued dominance at the scrum, winning a penalty from it.

It was kicked out for an England line out on the 22, which was swung out wide. A great fend from winger Jak Rossiter saw him break past the gain line, but a handling error in midfield turned over possession.

Lightning speed from France’s No. 22 tore through English defence and saw him score right under the posts. A successful conversion brought the score to 19-8 to France.

England won a number of penalties on the 5m after the restart, each time choosing the scrum option. This paid off as a penalty try was awarded for repeated French infringements, and a successful conversion brought the score closer to 19-15 to France.

However just after the restart France won a penalty in front of the posts, and their successful attempt at goal pulled their lead further to 22-15.

With moments left on the clock, England ran some great lines to break past the gain line, winning a penalty on the 22.

It was taken quickly as the time winded down, but the ball went dead as it looked like England were about to score, bringing the game to an end at 22-15 to France.

Speaking to Head Coach Aaron James after the fixture, he said: “Discipline and the width of our defence cost us in the first half and we got behind. In the second half we turned it around and came back into the game, but ultimately we caused some mistakes in areas where we could have done better.

“We only came together yesterday, but the players all had a good attitude and worked hard together. We didn’t get the result we wanted, and it will be disappointing that we didn’t get that final try.”

The squad only came together the day before, but positive attitudes and hard work meant the team bonded well in just two sessions. “We didn’t get the result we wanted, and it will be disappointing that we didn’t get that final try,” said James.

First-time Captain George Boulton had a stand-out performance, leading well up front. With rolling subs in place, the bench proved to make an impact, notably Jamie Bache and Max Cresswell.

“It gave us a good opportunity to see a low of players who trialled well,” said James. “It gives us a wider band of people to select from before France in April.

England Students capped player Alex Westgarth was present that night, supporting the Stay Strong Stu campaign which is raising awareness for Tynedale RFC player Stu Ridley who has been diagnosed with an inoperable brain tumour. Find out more at: http://www.gofundme.com/staystrongstu