BUCS Championship: Semi-Finals round up 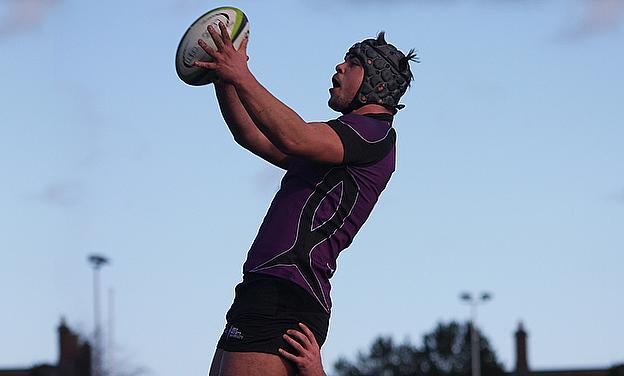 We finally know our finalists: Loughborough v Leeds Beckett. The top two teams in the North will battle it out for the BUCS Championship trophy at Twickenham on Friday, March 27th after their semi-final wins this week. Here is a round-up of the action.

Exeter 16-29 Loughborough
Loughborough were the first university through to the Twickenham final after a 16-29 win over Southern Premier Champions Exeter.

Loughborough had 6-16 lead at the break thanks to a Gair Currie try and 13 points from the boot of Tom James.

Exeter then nudged their third penalty over just after half time, before Loughborough full-back Robbie McDonald crossed give his side a 9-21 led with 20 minutes on the clock remaining.

Exeter then hit back immediately with their first try of the match, but the hosts were unable to take their chances as James extended the visitors’ lead to 16-24.

The men in purple then rounded off their win in style as Sam Barnes’ solo effort saw him touch downand send Loughborough to the BUCS Championship Final.

Loughborough Coach Ciaran Beattie said:
“A fantastic win against a brilliant team. We had to bring our best performance of the season today and we did that. The greatest respect to Exeter and I’m absolutely gutted for them but I’m equally delighted for us because I think we put the work in.
“I think we were a bit lax at times, especially early doors, we gave away a couple of penalties defensively that I didn’t think we needed to, so we need to work on that. But that’s just an individual thing and guys that don’t normally give away those penalties will put their hands up and it won’t be a problem.
“That’ll be an easy fix. We’ve got a couple of bumps and bruises but I’m sure everybody will declare themselves fit for the final, there’s no doubt about that and we’ll have another great training week.
“We’ve got a match against Hartpury on the Saturday after the BUCS Final so obviously before now we weren’t able to finalise any details because we weren’t there but we’re going to look at a big weekend down there.”

Leeds Beckett 28-17 Hartpury College
This was a re-run of last year’s final at Twickenham, but a different outcome occurred this time. After losing 24-28 nearly a year ago and having been knocked out by Hartpury in each of the last three years, Leeds Beckett got their revenge with this 28-17 victory over the current holders.

The hosts were deservedly 18-3 ahead thanks to an Alex Ricci try, a penalty try and eight points from Will Cargill after two players were sin binned for Hartpury in the first 40 minutes.

Ill-disciplined play by Leeds allowed Hartpury to go over for their first try just before the hour mark, and even though Cargill gave the home side a 21-10 lead, the pressure was coming from Hartpury.
Last year’s champions were refusing to give up and when Alfie Barron went over from a driving maul it set up a grandstand finale.

However, Hartpury just couldn’t break down the Leeds defence and it was the Premier North Champions who had the final say as their second penalty try of the day booked their place at Twickenham.

Leeds Beckett’s Will Cargill said:
It was great day for the club. The game showed that we have matured as a team and that we can find different ways to win. We are looking forward to returning to Twickenham but this time we are hoping to get the win. Loughborough will be tough opponents but hopefully gaining experience from last year will give us the edge
Hartpury’s Alex O’Meara tweeted after the game: “Gutted would be an understatement of how I feel right now….3 years of BUCS rugby comes to an end.

So to the final itself….
The home of English rugby will host this BUCS Championship Final in two weeks’ time with the top two sides in the North of the country going head to head.

Leeds Beckett won Premier North this season, winning 10 and losing two of their 12 matches.  They reached the final last year and previously didn’t make it past the quarter-finals in 2012 and 2013. Currently, they have lost just one of their last nine matches and have won the five of the last eight meetings against Loughborough.

As for Loughborough, they came second in Premier North winning eight of their 12 matches and they finished four points behind Beckett. As we mentioned above, Leeds Beckett lost twice all-season and both of those defeats came against Loughborough. This is the furthest Loughborough have been in this competition over the last three years where they have had two quarter-final exits and suffered a  semi-final defeat last year.