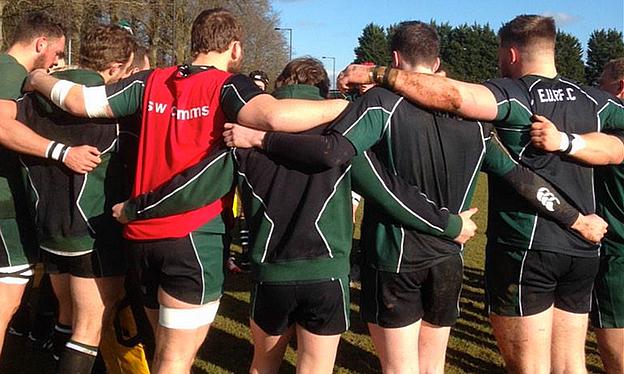 We are coming to the business end of the BUCS Rugby season where we see who has got a shot at silverware and promotion and who’s staring at the prospect of relegation.

The league season is coming to a conclusion, but there is still a lot to play for across the many BUCS leagues with just a few weeks remaining.

Congratulations to Exeter University who have been crowned champions of the Premier South A. If you want us to feature your team then contact us here at TalkingRugbyUnion and with our friends at RedPanda we can enter your reports and photos into a prize draw to win some stash.

Exeter have been crowned champions of the Premier South A after their 41-0 win against Bath. They ended the season having won 11 of their 12 matches this season and wrapped up the title against their near rivals.

Exeter’s Freddie Gabbitas said: “Obviously really chuffed to win the league. A lot of hard work has been put in by the boys and coaching staff. It also ensures we have a home quarter final and semi (should we get there.) “The second half performance was very strong. I think our fitness levels showed in the end after a nervous start.”

As for Bath, their terrible recent run of form against Exeter continued as they have now lost six of their last eight matches against them. Bath ended the season in fourth place in this division having won six and lost six throughout the season. They started the season in promising fashion but unfortunately they couldn’t maintain it.

Bath’s Zach Henry said: “I think it's safe to say the assessment of yesterday's match from my point of view is disappointing. As a team we did not execute a lot of the things that we have been doing on the training pitch mid-week and we made some silly errors. We now have to learn from this, train hard and go to Leeds Beckett in 2 weeks’ time ready for a big knock out game to progress further in BUCS. “In terms of our season, I feel that we haven't been consistent. There is no doubt that we have a talented side, and we have showed times of real class however our results don't show how good we can be in a very tough league.”

Hartpury knew that if Exeter failed to win against Bath then they would have to beat Swansea 1sts to win the title. Well, Hartpury did their job and won 63-9 against the Welsh side but unfortunately for them it was in vain as Exeter won. Hartpury finished runners up in this division winning nine of their 12 games this season ending on a five game winning streak.

On to the Northern section and after being crowned champions last week with their 18-20 win over Durham, Leeds Beckett lost their penultimate game of the season as they were beaten 7-57 by second placed Loughborough. The champions showcased a few of their new players coming through the ranks at the university, but Loughborough dominated the game from the word go to secure their eighth win of the season and end their year in fine fashion. Leeds Beckett still have one more game to go as they travel a very short distance to play Leeds University next week. Newcastle University picked up their fifth win of the season as they beat Durham 12-10 This was Newcastle’s second win in a row and their first win in six against Durham. As for Durham, that was their final fixture of the season and ended this campaign without a win in their final three games. Durham won six of their 11 games this year and have finished third in this division. The University of Leeds now know the fight for survival will go down to the wire as Nottingham University beat Northumbria 35-0 to move ahead of Leeds in the table. Leeds are now in that relegation place and they host champions Leeds Beckett next week. As for Notttingham, they travel to Tyneside to face Newcastle on the final day of the season.

Nottingham Trent University 1sts backed up their impressive 64-3 win against Manchester 1sts last week in the league with a 30-17 win to progress into last eight of the BUCS Trophy. In terms of the league table, Nottingham Trent are fourth with three league games remaining starting with a home game against seventh place Edinburgh next week. As for Manchester, they are fifth in the table and will need to bounce back from these two defeats as they are only six points clear of the relegation zone. Manchester have lost all five of their games in 2015 and host league leaders Bishop Burton next week.

The University of Liverpool were back in action this week after two weeks out and they could only draw 10-10 away at Newcastle 2nds. Liverpool are now third in the league and are unbeaten in seven of their last 11 matches in Northern 1A. Liverpool have two more games left and host league leaders Sheffield in two weeks’ time, before their city rivals, Sheffield Hallam, travel to Merseyside. As for Newcastle 2nds, they are fourth in this division with three games to go and seven points clear of the regelation zone.

League leaders Manchester Met weren’t in action this week, but they travel to Keele 1sts in next week. MMU remain unbeaten in Northern 2A having now won all seven of their league games and with just three games left, they are certainly the side to beat. MMU have beaten Keele on the last two occasions. Keele lost ground in the title race yesterday as they were beaten 13-7 by UCLan. UClan bounced straight back after being beaten last week by Keele. UCLan host Edge Hill in their penultimate game of the season next week. Edge Hill, will be looking to get back to winning ways next week as they were beaten 19-29 by Northumbria 2nds in the Quarter-Final of the cup. Edge Hill have now lost their last four games and are sitting dangerously close to the relegation zone in the league.

Nottingham Trent 2nds weren’t in action this week. Trent lost ground in the title race last week as when they were beaten 15-29 to Warwick 2nds this week. Trent have now played one more game than league leaders Coventry 1sts who now have a seven point lead at the top. Trent have won six of their eight matches this season and now have just two fixtures left of the season. Next week they host city rivals the University of Nottingham 4ths before travelling to Coventry on the final day of the season.  Coventry travel to the Warwick 2nds next week and know one more win will secure them the title.