England Six Nations call-up will be on merit 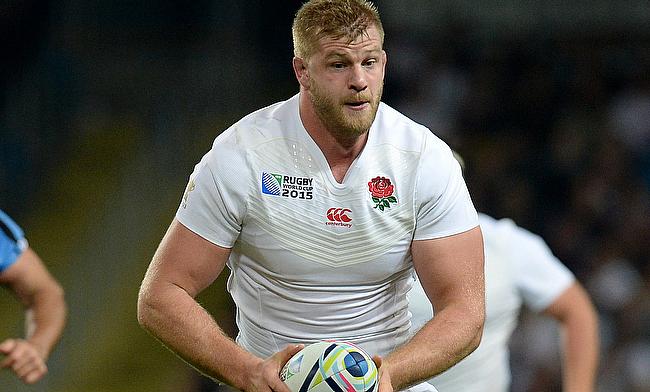 George Kruis wants to be chosen for England's RBS 6 Nations campaign on merit only and not because of his relationship with Steve Borthwick.

Kruis was mentored by Borthwick when the recently-appointed Red Rose forwards coach was captain at Saracens, the second rows working closely together for five years.

Even before his man-of-the-match display in Saturday's 26-6 victory over Leicester, with Borthwick watching from the stands, Kruis was on course to start the Six Nations opener against Scotland on February 6.

Director of rugby Mark McCall has described him as a "shoo-in" for Murrayfield where an 11th cap awaits, but the 25-year-old insists his form alone will dictate whether he is picked in Eddie Jones' first England team.

"It was nice of Mark to say I'm playing the best rugby of my career. It's the first nice thing he has said!" Kruis said.

"I am (playing well) but it makes it so much easier when you are in a pack with seven or eight young English lads doing the same thing. It will be an interesting one for selection come the Six Nations.

"I'm sure I'll, fingers crossed, have a chat with Steve Borthwick in the coming weeks.

"He was a mentor for me definitely. When you play for five years alongside a player like that you learn a few things off him. But he is another coach and that is the way it is.

"There will be no favouritism and I would not want it to be like that. I like to feel that if I do get selected it would be off my own back and the hard work we and I have put in.

"Steve Borthwick was a player at Saracens and now he is a coach at England. That is very much the relationship now."

Saracens moved six points clear at the summit of the Aviva Premiership with a 15th successive victory in all competitions, preserving their status as Europe's only unbeaten team this season.