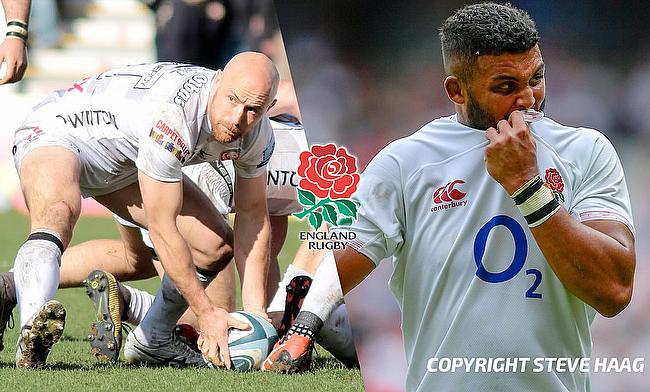 Before the beginning of the 2018/19 season, it was no surprise to see Saracens and Exeter Chiefs named as favourites to lift the Gallagher Premiership title at Twickenham.

Indeed, the two heavyweights of Premiership rugby did clash at England HQ back in June and it was Saracens who prevailed to clinch a league and European cup double.

Both sides also occupied the top two places after the conclusion of the domestic campaign, with Exeter finishing eight points clear of Saracens, but the battle for the remaining play-off places wasn’t as predictable.

A year ago, the odds suggested Wasps and Leicester Tigers were favourites to finish in the top four alongside the usual suspects, but the Premiership decided to deliver its usual dose of twists and turns as Gloucester and Northampton Saints were the two sides who went on to secure a semi-final spot.

Having not reached the Premiership play-offs for eight years, the Cherry and Whites knew they would have to raise their game in 2018/19 to break into the top four and the signing of a certain Danny Cipriani helped guide Gloucester to third place.

As for the Saints - who were 40/1 to lift the Premiership trophy before the season got underway - Chris Boyd had taken over the reins at Franklin’s Gardens and despite an underwhelming start to his tenure, Northampton roared back to claim a shot at Twickenham.

Both teams were unable to make it past Saracens and Exeter in the semi-finals, but their willingness to defy the pre-season odds also filtered down to two players in particular.

With the Rugby World Cup taking place in September 2019, there was extra emphasis on the Gallagher Premiership last season as players, in particular England internationals, looked to impress as they aimed for a seat on the plane to Japan.

But when Eddie Jones revealed his 31-man World Cup squad last week, there were some surprise inclusions. As ever with Jones, his squad selections always throw up talking points, but for a Rugby World Cup, some of his choices did seem bold.

The uncapped Ruaridh McConnochie was rewarded by Jones following an impressive maiden campaign with Bath whilst Jack Singleton, Willi Heinz and Lewis Ludlam were also included after making their England debuts against Wales in the first warm-up match.

For the latter duo of Heinz and Ludlam, the odds of the pair being named in a World Cup squad at the start of last season might well have been non-applicable, but both now find themselves preparing for the showpiece event in Japan.

In terms of Heinz, he produced an assured performance against Wales just under two weeks ago and since Jones took charge of England, the head coach has rarely settled on a preferred back-up scrum-half option to Ben Youngs.

Danny Care, Richard Wigglesworth and more recently Ben Spencer have played understudy to Youngs, but it was Heinz who got the nod after being included in his first England training squad since 2017.

The New Zealand-born scum-half has shown his qualities during his four seasons with Gloucester and his club coach Johan Ackermann is more than aware of what the 32-year-old can add to England’s World Cup campaign.

“We spoke before his first Test and after he was selected for the final 31,” Ackermann said. “I am very proud of him. It is well deserved and he is such a great guy.

“[He deserves to be with England] because of his basic skill set. The way England want to play, he fits that bill. He has got a good kicking game and he is very calm under pressure. Those are the things I think they looked at. When there is pressure on 10, he can take that pressure off and also when there is a bit of a swing in momentum, he has got that leadership ability to calm everything down and give direction.

“It was obviously agreed by everybody that he is the guy that can either start or come off the bench with Youngs so it is great for Willi.”

Ackermann joined Gloucester two years ago and he appointed Heinz as club captain. Since then, the South African feels the extra responsibility put on Heinz’s shoulders has helped the scrum-half develop as a player, leading to international recognition.

“I think for me personally the fact that we gave him that responsibility of a leader actually enhanced his game because he is a natural leader in his position as a nine, but also because he is the leader, he can speak with that authority,” added Ackermann.

“That’s what gave him a lot of confidence. He always had the skill to be a good kicking nine but now he is a threat as a running nine. He has shown more of that in the last two seasons since I came, but he has always been strong defensively. He has definitely, for me, put his hand up as a player and grabbed the opportunity.”

Heinz made his second England start against Wales in Cardiff last weekend, with Northampton Saints’ Lewis Ludlam also doubling his tally of caps. Whilst Heinz was preparing for a fourth campaign in the Premiership 12 months ago, Ludlam was wondering whether he would still be plying his trade for a top flight club.

Back-row competition and a series of injuries had hampered his progress at Franklin’s Gardens, however just 10 days ago, Ludlam was belting out the national anthem as he prepared for his first England appearance.

His story is a remarkable one and the catalyst for his meteoric rise to the international stage began as a conversation with Northampton’s Director of Rugby Chris Boyd. Initially, he couldn’t see a place for the 23-year-old in his plans, but Ludlam was able to grasp hold of his opportunity.

It doesn't get much better than Hen Wlad Fy Nhadau at the Principality, but we thought we'd throw it back to debutant @LewisLudlam last week...

Anthem are just around the corner for #WALvENG...

Join us live on @SkySports Action, or follow our blog ?? https://t.co/fmm7Wou8Qx pic.twitter.com/tAVzR1dIrX

“The first conversation with him wasn’t very comfortable for either of us really,” Boyd told TRU. “At the end of the day, all we do is open the door for our players to give them opportunity.

“Lewis got some opportunity early on and he has only now made the English side because he played well enough to get their attention. Every door that has opened for him, he has walked through it and done really well. It is a great deal of pride from the club and the team.”

The back-rower was key as Northampton surged into the Premiership play-offs last term, but Boyd was keen to stress the past season and his international recognition is only the start of the journey for Ludlam.

“He comes from a great family out in Ipswich and he has got a lovely Mum and Dad,” added Boyd. “It was just great for them when he played against Wales. I saw the interview when he said he saw his Dad in the crowd and he welled up. He has taken a bit of stick for it of course – it is not the manly English thing to do!

“We are all thrilled to bits for him, but he has got to do understand that this is the start for him and not the finish. He has just started his international career and if he gets it right and works hard, he has got enough ability to play a lot of games for England. I think he’s good enough to control where is destiny will end up.”

It is unlikely Heinz and Ludlam will make it a hat-trick of starts against Ireland this coming Saturday and they are outside bets to be named in the XV to face Tonga in England’s opening World Cup match on September 22nd, but for the duo, defying the odds is something they have become accustomed to.