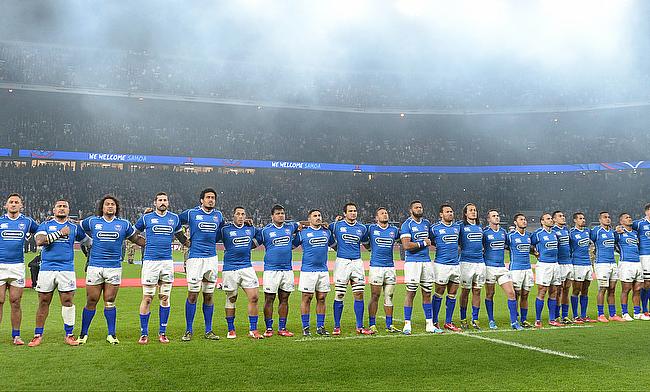 Samoa will play England at Twickenham later this month
©PA

The Rugby Football Union is set to make a goodwill payment of £75,000 to the Samoan Rugby Union after the prime minister has declared the organisation bankrupt.

Chairman of the Samoan Rugby Union Tuila'epa Sailele Malielegaoi has asked the public to donate money to keep the sport afloat and it is understood that RFU had received a letter from the Samoan union for a funding ahead of their clash at Twickenham later this month.

Last year, RFU offered Fiji £75,000 as a goodwill gesture ahead of their clash and they are likely to repeat it this time as well once the official announcement on the SRU is out.

"We have not had formal notification of any proposed bankruptcy and if this were the case we'd obviously seek advice from world rugby about making the goodwill payment," an RFU spokesperson said.

Meanwhile, Samoa born Leicester Tigers centre urged RFU to make the goodwill payment directly to the players rather than the bankrupt union.

"This was always coming because of the way they run the Samoan Rugby Union now," Tuilagi said.

"Money is the problem. The boys are getting paid the same or less now than in 1991. You cannot develop a rugby team like that.

"The problem is the people who are running the game in Samoa, it's an internal problem. If the union is given money, then the problem will still be there because the players would not see a penny.

"Mako Vunipola's suggestion for England players to donate £1,000 each is very good, so that the money goes straight to the players instead of to the union."