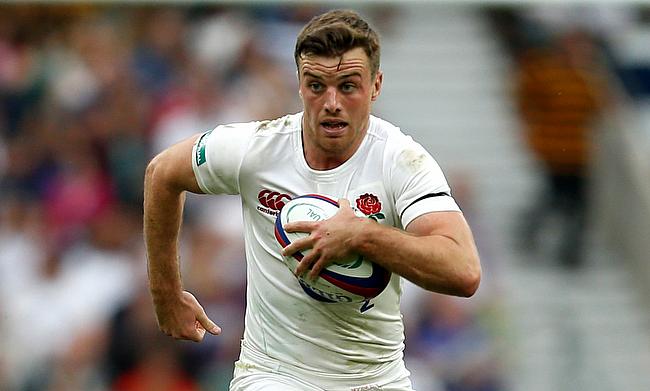 Leicester Tigers' George Ford makes a return to the starting line-up for England in the upcoming Autumn Nations Cup game against Wales at Twickenham Stadium on Saturday.

Ford returned from an Achilles injury during the game against Ireland where he came off the bench in the 69th minute but now has been promoted back to the fly-half role with skipper Owen Farrell shifted to inside centre.

With Ollie Lawrence missing out with a hip injury, Henry Slade moves from inside to outside centre partnering with Farrell.

The rest of the starting XV have been retained by head coach Eddie Jones from their 18-7 win over Ireland while Anthony Watson, Jack Willis and Luke Cowan-Dickie are added to the bench which also has Ellis Genge, Will Stuart, Jonny Hill, Ben Earl and Dan Robson.

"We are expecting another tough match, and at the home of Welsh Rugby where the heart and soul of their game is," said Jones.

"Twelve months ago, Wales were Grand Slam champions and three points from a World Cup final, so we know what they are capable of.

"We have picked the best 23 players for the battle and we are looking forward to it greatly."

England are at the top of the Group A in the Autumn Nations Cup with wins over Georgia and Ireland in the opening two matches.