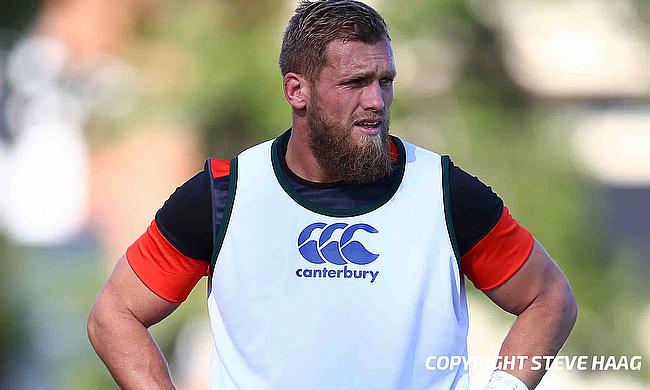 England coach Eddie Jones has named uncapped forward Brad Shields in the squad for the first Test against South Africa scheduled to be played in Johannesburg on Saturday.

The 27-year-old was released by New Zealand Rugby and Hurricanes early from the contract to help him claim a spot in Eddie Jones' squad and now has been drafted into matchday 23 straightaway.

Nick Isiekwe makes his first start for the red rose team after Joe Launchbury misses out due to calf injury while uncapped Saracens' Ben Spencer is named among the replacements.

Owen Farrell will lead the side in the absence of regular captain Dylan Hartley, who was ruled out of the tour due to concussion.

“We have had a really good week in preparation for this weekend and we are pleased with the way the squad has come together," said Jones.

“Owen Farrell has settled in well to his new role, with the senior players supporting him, and there is a good feeling within the camp. We want to do something special on this tour and the players are all incredibly excited about this challenge and opportunity we have.

“Ellis Park is the spiritual homeland of South African rugby and the Springboks play to another level on that ground, so we know we have to raise our game physically early on and be enormously accurate in the way we play."

Following the game in Johannesburg, the two teams will lock horns in Bloemfontein and Cape Town on 16th and 23rd June respectively.