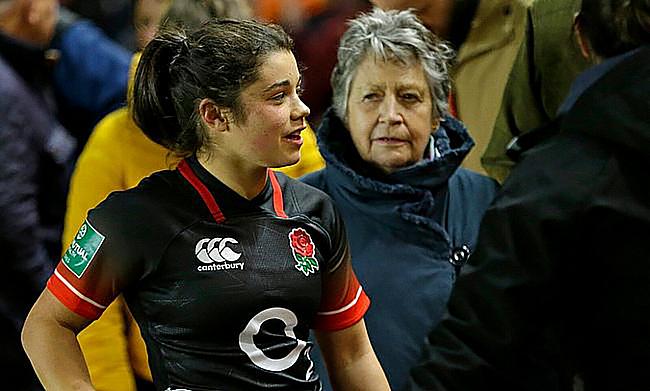 Worcester Women have announced that England duo Jo Brown and Caity Mattinson have inked new deals with the club ahead of the 2021/22 Allianz Premier 15s season.

Brown joined the Warriors last summer and has been capped at international level seven times being part of the England Women squad that clinched the Six Nations Grand Slam in 2019.

“I’m really happy to be spending another year at Worcester and I’m excited to see what we can do as a squad this year after building such a good platform last year," she told the club's official website.

Similar to Brown, Mattinson also joined the club last summer and had represented England Women's side seven times since her debut against Canada in 2017.

“I’m delighted to be re-signing with Warriors,” said Mattinson.

“It’s a really special group of players and staff – we’ve all been working really hard and pushing each other this pre-season, and I’m excited to see it all pay off when the league starts.”

Worcester Women backs and attack coach Sian Moore is delighted with the duo committing their immediate future with the club.

“Jo had a bumpy start as a Warrior after suffering from COVID and an injury during pre-season last year.

“She’s turned up to this pre-season in great shape and we’re looking forward to seeing what this season has in store for her.

“Caity is a true professional, who constantly drives her standards both on and off the field. Having only returned to the Allianz Premier 15s last season, she became a leader within our backline as well as a standout scrum-half within the competition.

“She’s a very talented athlete with a work ethic to match.”