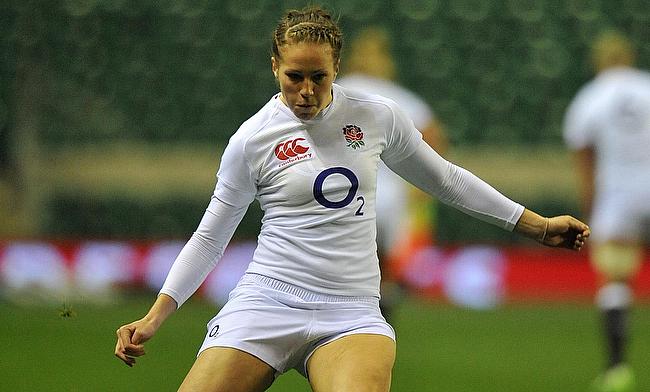 England coach Simon Middleton has named Emily Scarratt the captain for the TikTok Women's Grand Slam decider against France to be played at Stade Jean Dauger in Bayonne on Saturday.

The decision follows after Sarah Hunter has been ruled out of the encounter due to a rib injury that she sustained during the game against Ireland.

The bench also sees a couple of changes with Sarah Beckett taking the place of Cleall while Sadia Kabeya comes at the expense of Amber Reed.

"We are all disappointed for Sarah Hunter on missing the game due to injury," Middleton said.

"If it was up to Sarah she would have played but she was not medically available for selection.

"I'm pleased she's able to join us over in France to support preparations.

"At the same time, it gives us another opportunity to test our leadership depth in the most pressurised of situations and to that end we are in good hands with Emily Scarratt leading the side, and Abbie Ward is named as vice-captain for this game."