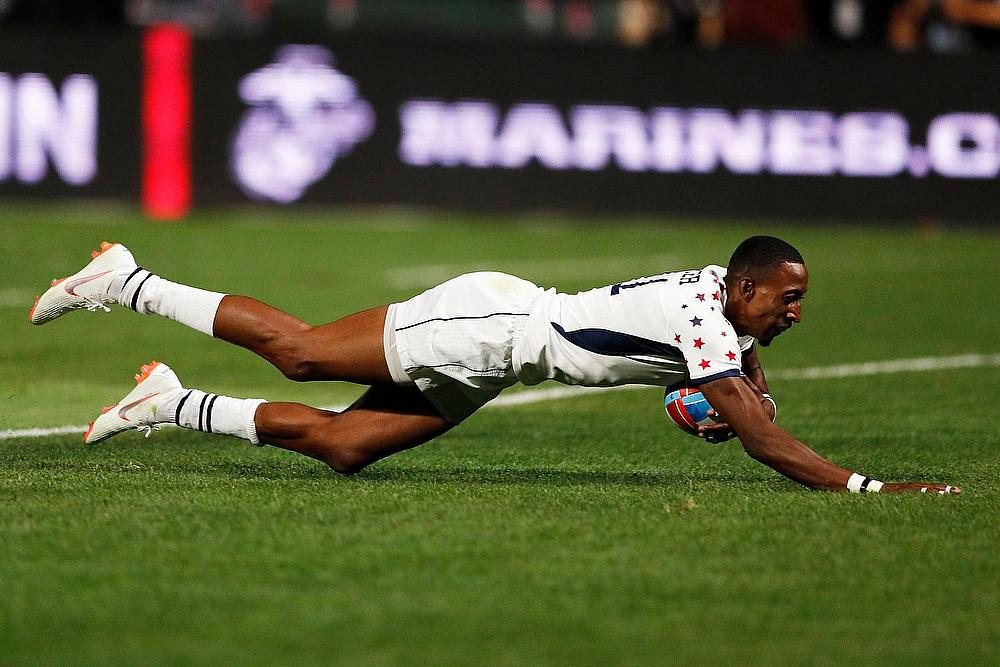 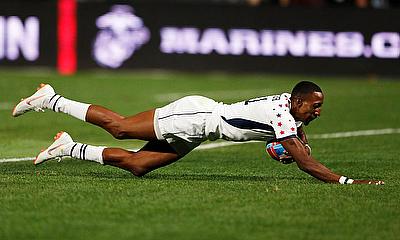 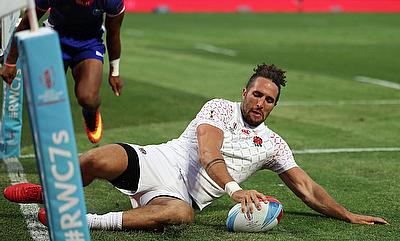 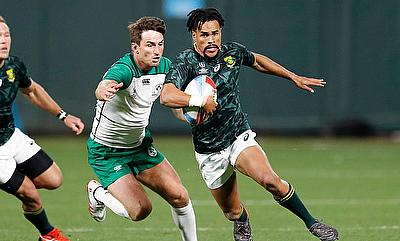 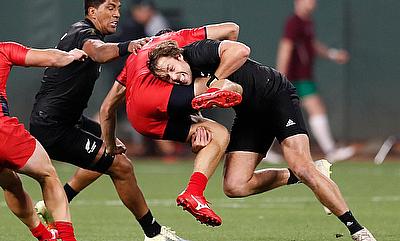 The Men's competition of Rugby World Cup Sevens got underway on Friday in San Francisco with eight teams still in contention for the title.

Kenya, Canada, France, Wales, Samoa, Russia, Japan and Ireland had a productive pre-round of 16 progressing to the main stage with wins over Tonga, Papua New Guinea, Jamaica, Zimbabwe, Uganda, Hong Kong, Uruguay and Chile respectively. The loser of the opening round will compete in the Bowl Quarter-finals.

The second round kick-started with Scotland surviving a scare from Kenya with the African side having a lead of 14-0 in the break but the Dark Blues showed great resilience in the second half with tries from Harvey Elms, Scott Riddell and a double from Jamie Farndale to complete a 31-26 victory.

Argentina exhibited sheer class against Canada to complete a 28-0 victory with tries from Santiago Mare (2' and 7'), Gaston Revol (9') and Mateo Carreras (14') wit Revol even kicking three conversions to complete a convincing victory.

Lachlan Anderson gave a head start to Australia with a third minute try Tavite Turaganibuli Veredamu responded back with a try of his own to level the scores. Ben O'Donnell with his eighth minute try took Australia into the lead once again but a try from Terry Bouhraoua and a conversion from Jean Pascal Barraque meant the teams headed into the break with a 10-12 lead. Even though Henry Hutchison provided Australia relief in the second half, Kevin Bly and a second from Veredamu ensured France completed a 17-22 victory.

England resisted a late charge from Samoa as they edged them out 19-15. Phil Burgess and Michael John Ellery scored first half tries for England but Samoa responded back with a try from Neria Fomai as the teams headed into the break with a 12-5 lead.

Belgium Tuatagaloa helped Samoa narrow down the gap with an early try in the second half but Richard de Carpentier's touchdown proved just enough for England as they managed to overcome a late try from Malu Falaniko to complete a 19-15 victory.

Vladislav Lazarenko's try was the only point for Russia in the game while New Zealand dominated with tries from Joe Ravouvou (2' and 8'), Kurt Baker (4'), Andrew Scott Knewstubb (10') and Tim Mikkelson (11') to complete a comfortable 29-5 victory.

Kameli Raravou Soejima kick-started the proceedings for Japan with a third minute try but Semi Kunatani responded back with a try of his own before Jose Seru took Japan to a 7-10 lead at half-time. As Japan failed to score any point in the second half, further tries from Jerry Tuwai (8'), Josua Tuisova (12'), Semi Radradra (13') and Jasa Veremalua (14') ensured Fiji completed a 35-10 victory.

Siviwe Soyizwapi was the star with four tries for South Africa with Justin Geduld also scoring a double along with a touchdown from Werner Kok while Ireland struggled with Terry Kennedy's late try and Hugo Keenan's conversion being the only points as they succumbed to a 45-7 defeat.