Eddie Jones under scrutiny after remarks over Wales and Ireland 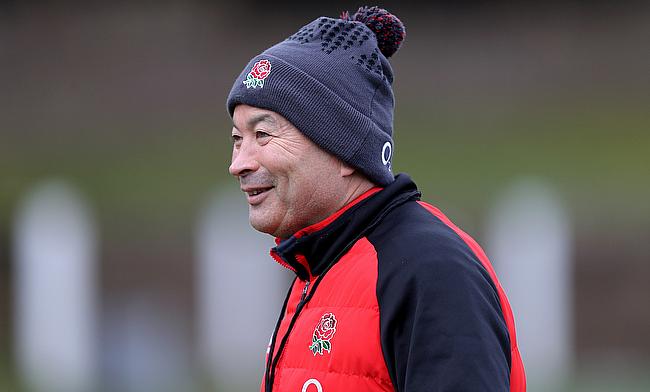 England boss Eddie Jones is set to face scrutiny following his comments about Wales and Ireland that came in July last year.

The video shows Jones giving a talk on leadership for Fuso, the Japanese parent company of England sponsors Mitsubishi. The video was uploaded to YouTube last year but has picked up pace ahead of England's final round Six Nations clash against Ireland at Twickenham on Saturday.

During the talk, the 58-year-old described Wales as a "shit little place" and also expressed his disappointment on losing to Joe Schmidt's side last year describing them as "scummy Irish".

In the talk, Jones told an audience: “We’ve played 23 Tests and have only lost one Test to the scummy Irish. I’m still dirty about that game. But we will get that back!

“We will get that back, don’t worry, we have them next year at home, we will get ’em back!”

The limelight on Jones' comments couldn't have come at a worse time as he is already facing the heat after England failed to defend their Six Nations title following defeats against France and Scotland and now another defeat against Ireland on Saturday could see the red rose team end in the bottom half of the Six Nations Championship table.

However, Jones apologised on Wednesday evening for the comments.

"Very sorry for any offence caused. No excuses, I shouldn't have said what I did."

A Rugby Football Union spokesperson also expressed regrets on the comments made by Jones and issued apology to their Wales and Irish counterparts.

England, the winner of the 2016 and 2017 editions of Six Nations will be desperate to prevent Ireland from achieving their third ever Grand Slam when the two teams meet at Twickenham Stadium on Saturday.