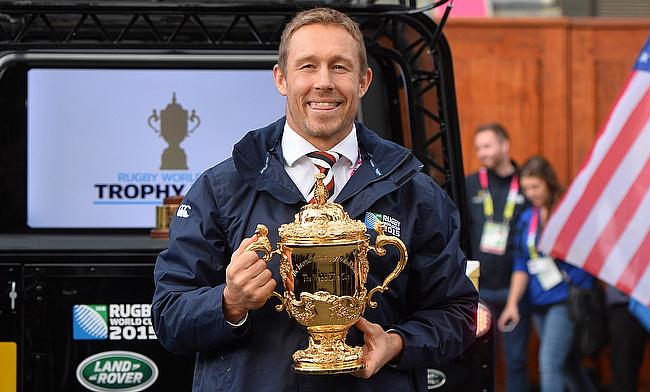 Eddie Jones has invited Jonny Wilkinson to join his coaching team after meeting with England's World Cup winning fly-half at a supermarket.

The pair were adversaries in 2003 when Jones helmed the Australia side Wilkinson help conquer in the Sydney final, but last Saturday they exchanged views on how best to revive Red Rose fortunes after years of under-achievement.

Wilkinson has been working as a part-time coach at Toulon since his retirement and by the end of the conversation that took place near England's Surrey training base, he had been offered a position alongside Jones' newly-appointed assistants Steve Borthwick and Paul Gustard.

"We would like to get Jonny involved, but he's quite a private person. We are having chats about it," Jones said.

"I saw him down at Waitrose shopping with a beanie over his head. I had coffee with him."

When asked what advice Wilkinson gave him, Jones said: "Get them kicking more".

Apart from Wilkinson's technical expertise, Jones believes the retired 36-year-old would also set an example with his work ethic that sees the ex-Newcastle Falcon continue to practise kicking for several hours a week.

"After we had coffee he went and did a kicking session and he doesn't play any more. Why was he one of the best in the world? Because he did that. That's the difference," Jones said.

"No-one tells him to do that because he is retired, but he still wants to be a good kicker does Jonny Wilkinson. How many of these players do that now? That is the key going forward.

"Our job as coaches is to create that environment where players are encouraged to do that - we can't tell them to do it.

"Anywhere in the world the good players tend to rise up and there should be a gap between the really good players and the average players.

"He [Johnny] does that little bit of extra analysis, stretches, goes for a swim and takes a bag of balls to kick.

"I want that attitude and I want to see how desperate they are to become a better player."

Jones, who replaced Stuart Lancaster after England were knocked out of their own World Cup at the group stage, is unlikely to appoint a skills coach for fear of over-burdening players with too much information.

"I need to assess whether we need one. One of the things I heard about the World Cup, and I got it from a number of sources, is that there wasn't great clarity in the way the players were coached," Jones said.

"There were a fair few coaches so there were a lot of different messages. That's something I'm conscious about at the moment."