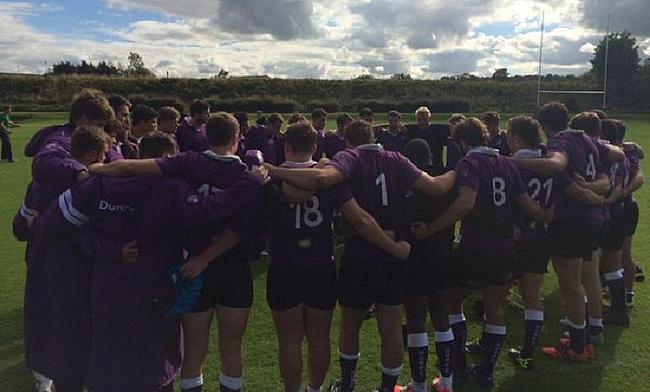 Durham recovered from a 17-point deficit at half-time to snatch victory over Exeter who now cannot win the BUCS Super Rugby League title.

The current BUCS champions are now 10 points behind league leaders Hartpury College, but even with a game in hand, they cannot claim top spot.

Hartpury take on second-placed Loughborough next week who are only three points behind the table toppers so whatever happens in that fixture, it will still be too much of a deficit for Exeter to claw back.

Both of the aforementioned top two won on Wednesday which is why the BUCS Super Rugby title will be decided next week and the final play-off place is also to be confirmed after Durham moved into the top four following that victory over Exeter.

Elsewhere across BUCS this week, Nottingham Trent secured their place in the BUCS Super Rugby play-off match at the end of the season after victory over Durham 2nds. Their opponents are likely to be Bristol in that crucial game which will decide who will move up to the top tier of University Rugby.

In the other divisions, the title races continued to ebb and flow but in Midlands 1A, Leicester secured the championship after their eighth straight win of the campaign.

There was also cup action this week which saw Manchester Met, Keele and Liverpool progress into the last four of the Northern Conference Cup while there were a few upsets in the Midlands Conference Cup.

Hartpury College remain on course for the BUCS Super Rugby league title after they cruised to a comfortable win against Cardiff Met.

The Welsh side were only 14-3 down 10 minutes into the second-half, but College produced a superb 14-point burst to stretch clear.

Scores from Maliq Holden, Alfie Barron, Lewis Grinsell and Craig Bachurzewski as well as a Penalty Try made up the hosts tries, with Sam Leeming kicking 15 points.

Cardiff Met’s tries came from Ian Etheridge as well as a close range score, with George Simpson kicking their other points.

The victory for Hartpury College now leaves them two points clear of Loughborough ahead of their crunch match next Wednesday while Cardiff Met’s play-off hopes have now been ended and they will now take part in the Championship.

Hartpury captain Sebastian Negri told the club’s website: “We’ve obviously got to be very happy with a bonus point as any victory over Cardiff is a good one.

“I just asked the team to focus on today and we did just that and now we’ve got keep building this momentum and take it into next week. It’s always nice to get good home support and hopefully that’ll be the same next week when we face Loughborough.

Loughborough have taken the BUCS Super Rugby title race to the final round of the season after they secured their fifth straight victory over Bath at Epinal Way.

They remain two points behind Hartpury after this victory over Bath where Loughborough led 24-3 at the interval thanks to tries from Will Kaye, Sam Pointon as well as a  brace from Charlie Kingham.

Ben Christie barged his way over for try number five soon after half-time, before Max Hill dotted down.

Winger Dan Rowland went over at the other end for the hosts, who are now nine points outside of the play-off places with Exeter and fourth placed Durham still to play.

Centre Tom Holdsworth as well as Mike Haines (2) scored first-half tries for the home side, with Rob Stevenson going over for Durham.

The visitors then mounted a superb comeback after the break. They went over in the corner before being awarded a Penalty Try to reduce the deficit to five points.

Norman then kept his cool to slot over a penalty and with momentum shifting in the away sides’ favour, they were able to put immense pressure on the Exeter defence.

The hosts were unable to stay disciplined as they were reduced to 14-men with under 10 minutes remaining and Exeter were immediately punished by Norman as he knocked over the penalty to give the north-east outfit the victory to complete a remarkable turnaround.

The win for Durham now leaves them in the play-off places with games against Cardiff Met and Bath to come while Exeter can now only finish as high as second in the table after their first defeat in nine matches.

Newcastle Falcons player and Durham University Coach Mouritz Botha tweeted after the game: “Very proud of the DURFC lads coming back from 22-5 down at half-time to win 22-23 and break Exeter Uni’s run of nine wins in BUCS Super Rugby.”

In the remaining fixture in BUCS Super Rugby this week, Northumbria and Leeds Beckett play tomorrow night at Kingston Park.

In North A, league leaders Nottingham Trent were back in action this week and have now secured their place in the BUCS Super Rugby play-off after a 39-12 win over Durham 2nds. Trent are now 12 points clear at the top with two games left to play and will now compete for a place in the new nine-team BUCS Super Rugby league at the end of the Championship in March.

Second placed Loughborough 2nds picked up their first win in five matches as they beat Nottingham 30-12 to stay in contention of competing in the BUCS Championship at the end of the season, while third placed Leeds lost ground as they were beaten 32-20 away at Newcastle.

Nottingham Trent’s opponents are likely to be current South A leaders Bristol who beat King’s College London 46-18 to stay clear at the summit. That was their ninth win of the season and it seems like they will not be caught over the next couple of games weeks.

Cardiff University have thrown themselves into contention for a place in the BUCS Championship as they thrashed Welsh rivals Swansea 43-8 to move up to third in the division while elsewhere, the University of South Wales beat Exeter 2nds 15-12.

In North B, league leaders Edinburgh weren’t in action this week which allowed third placed Durham 3rds to cut the gap at the top to five points as they beat Loughborough 3rds 24-12. The north-east side are unlikely to challenge for promotion this term as Edinburgh still have three games in hand, but it was another good win for Durham. Elsewhere, third placed St Andrews’ slim hopes of catching Edinburgh look all but over after a 30-5 defeat to Strathclyde while Manchester were handed a walkover victory against bottom of the table Worcester.

In South B, table toppers Exeter 3rds suffered only their third defeat of the season as they were beaten 24-18 away at third placed St Mary’s. The pressure was cranked up on Exeter after that defeat as second placed Bath 2nds returned to action with a 38-15 victory away at Portsmouth to move the southwest side to within three points of the league leaders and they also have a game in hand.

Northern 1A provided us with a full round of fixtures for the first time in 2017 this week and league leaders Leeds Beckett 2nds are now four points clear at the top after edging out second placed Sheffield 27-26.  Third placed Durham 4ths went down 15-12 to local rivals Newcastle 2nds while Hull beat winless Lancaster 24-19 away from home.

Leicester University have been crowned champions of Midlands 1A after their 28-12 win over second placed Warwick. Leicester have won all eight of their games this season and have clinched the title with one game to spare. Thrid placed Nottingham Trent 2nds were awarded a walkover win against Harper Adams while Nottingham 2nds eased past bottom of the table Bedford as they secured a 29-0 win.

In Midlands 2A, Nottingham Trent 3rds’ match with Warwick 2nds was postponed.

Into the Women’s competition where Premier North winners Edinburgh will be joined in the BUCS Championship Finals by Northumbria who beat Leeds Beckett 60-0 yesterday, Durham and Loughborough who rounded off the league season with a 24-10 win over Newcastle.

In Premier South, there was only one fixture this week as Exeter beat Gloucestershire 40-18 with both sides having already secured their finals places alongside current champions Cardiff Met and Bristol.

Northern 2A  leaders Manchester Met are into the semi-finals of the Northern Conference Cup after a comprehensive 83-3 win over Bangor. Man Met will take on fellow Northern 2A side Keele in just under two weeks’ time as they beat Sheffield Hallam 15-10 in Yorkshire.

The other semi-final will see Leeds 2nds take on Liverpool 1sts after they beat Edge Hill (24-17) and Leeds Beckett 4ths (38-12) respectively.

Midlands 2A league leaders Coventry were beaten for the first time this season as they lost 13-8 at home to Midlands 2B side De Montfort University. Another Midlands 2A side who fell by the wayside in the quarter-finals were Nottingham 4ths as they lost 25-15 against East Anglia. Elsewhere, Nottingham 3rds beat Oxford Brooks 16-13 and Northampton clinched the final spot in the last four with a 14-10 victory over Birmingham 3rds.