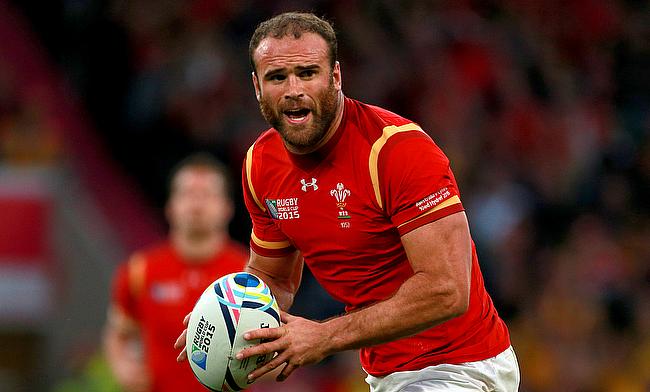 Dragons have secured the signing of Wales and British and Irish Lions international Jamie Roberts with immediate effect.

Roberts started his professional rugby career with Cardiff Blues in 2005 but left the Welsh side in 2013 to join Racing 92. Following the association with the French side, the 33-year-old joined Harlequins ahead of the 2015/16 season and switched to Bath Rugby in 2018.

He recently was part of Stormers in 2020 but with the Super Rugby season disrupted following the pandemic coronavirus, Roberts has decided to link up with Dragons.

"When I left Wales in 2013 to play my rugby outside my home country, I always promised myself that I'd endeavour to return and play in Wales again," said Roberts.

"Having had some wonderful experiences playing across three of the world's top leagues in France, England and South Africa, I'm delighted to return to Wales to play with Dragons and compete again in the Guinness PRO14 and next season's Champions Cup.

"I'm sincerely grateful for having this opportunity, especially given the current climate we find ourselves in."

Roberts has played 94 Tests for Wales and also represented them in the 2011 and 2015 World Cups where he played 10 games combined. His last appearance for the Wales came during the November series in 2017. He also has three Test appearances for the British and Irish Lions that came during the 2009 and 2013 tours combined.

"It's great news that we are bringing someone of Jamie's quality to the region and we know he will make an immediate impact for us.

"He remains an ambitious and driven player and is looking forward to coming into our environment. To have his experience on the pitch will be a great addition to us, and he will also be an excellent mentor for the younger players in our squad."