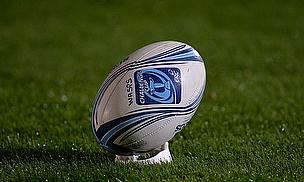 United States forward Cam Dolan has joined Northampton Saints as an injury-dispensation signing in the absence of James Craig.

Dolan joins Northampton from Life University RFC in Atlanta, Georgia, and Saints director of rugby Jim Mallinder is excited by the 23-year-old's potential.

He has tipped the six-time US cap to follow in the footsteps of his international team-mate Samu Manoa, who has become a Franklin's Gardens mainstay since joining the club in 2011.

"We've kept a close eye on Cam for a while and have been impressed by what we've seen," Mallinder told Northampton Saints' official website.

"He's a player who has a lot of natural talent and the physical attributes it takes to succeed.

"We're not expecting Cam to be the finished article immediately.

"It has been sad to see James Craig ruled out for a while, but it has also given us the opportunity to bring Cam in and see how he develops."

The 26-year-old Russian made 33 appearances for Northampton since arriving after the 2011 Rugby World Cup but will now return home with both marriage and a baby on the way.

Mallinder wished the departing wing well for the future, admitting Saints will now seek a replacement.

He said: "We're sad to see Vasily leave, but totally understand his reasons.

"He has worked extremely hard in his time with us and has learned a great deal.

"Of course this leaves a bit of a hole in the squad and we will be bringing in someone to fill that gap in the not-too-distant future."