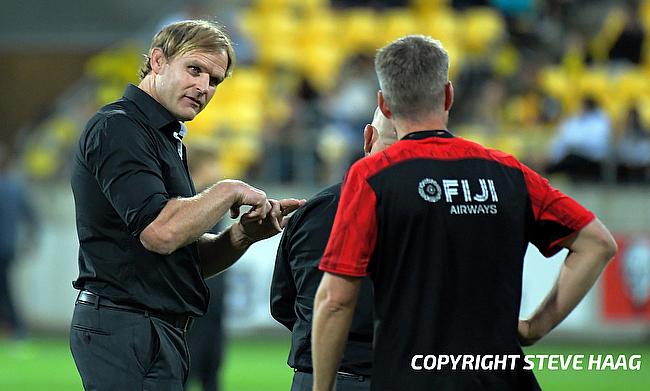 Crusaders have announced Scott Hansen as the new assistant coach of the Super Rugby club for the next two seasons.

Hansen will replace Brad Mooar, who had earlier departed from the club to take in charge of Welsh regional side Scarlets next season.

He has already worked under Robertson for provincial side Canterbury between 2012 and 2014 with the side even going on to win the title in 2013. Hansen also worked as backs coach for Canada and also as an assistant coach for Leicester Tigers and Japanese club Kobelco Steelers.

“I’ve known Scott a long time, he’s a proud Cantabrian, and a former Crusader who stepped away from the coaching environment here in order to gain valuable experience overseas," said Robertson.

"He’s an incredibly hard worker and we have a great connection having coached together previously, so I value his input immensely."

Hansen also has experience of coaching in Super Rugby after being an assistant coach of Sunwolves in the 2018 and 2019 season and will assist the Japan national side in the upcoming 2019 World Cup.

“I’m really excited about the opportunity to return home and reconnect with Razor and Jase at the Crusaders, after a number of years in rugby environments abroad,“ Hansen said.

“The Crusaders organisation is highly regarded for its commitment to excellence, with loyal supporters from within the region and around the world.

"I’m looking forward to working with staff, management, and players in the coming seasons and contributing to the proud legacy of Crusaders rugby.