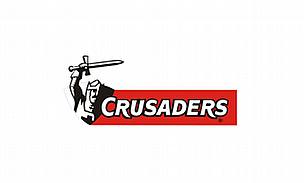 This Super XV encounter was the first to be played in the Northern hemisphere, and was set in the sunlight of a 35,000 heavy-Twickenham, with £5 from every ticket sale going to support the Red Cross Christchurch Earthquake appeal.

The Sharks have not beaten their southern hemispherical neighbours since 2007, and Dan Carter said he was expecting a tough game, but that proved not be the case.

He and Sonny Bill Williams lead the way for the Crusaders, with smart passing and explosive running, they were able to avoid a bite from the Sharks.

A blistering start, combining big tackles and rapid hands saw Sonny Bill Williams break the Sharks' back line, and after a well placed offload, a penalty was awarded for foul-play in a ruck and Carter converted.

The Sharks then upped the pressure and after a missed penalty, Willem Alberts was awarded a try after confirmation from upstairs, leaving the score at Crusaders 3- 7 Sharks.

A Penalty, followed  by some impressive handling lead to a Maitland try which Carter easily put through the posts. Crusaders 13- 7 Sharks.

The Crusaders' dominance in the scrum became apparent when the kiwi forwards bossed the Sharks off the ball, and some clever interplay between Williams and Carter allowed for the fly-half to touch down under the posts. A conversion left the score at Crusaders 20- 7 Sharks

Following a Potgieter penalty, the Crusaders responded with 2 more scores on the 26th and 31st minutes. Israel Dagg got the first and some explosive running from inside his own half enabled Zac Guilford to get on the score sheet. Crusaders 34- 10 Sharks.

The sharks hit back before the break, with an individual try from Potgieter, who caught his own kick-off after a messy  Crusaders defence failed to pick up, and stepped his way through the Canterbury side's defenders. He missed the subsequent conversion, but a later penalty left the score Crusaders 34- 18 Sharks at the break.

With the crusaders executing a sublime rugby display in the first half, the score looked set to end up cricket-like, but a revitalised Sharks side came out highly motivated, and really pushed for a comeback.

An early Carter penalty extended the Crusader's lead, but Hargreaves' first Super Rugby try lead the shark's fight back. 3 minutes later Ndungante capitalised on a poorly taken quick line out from Israel Dagg and scored in the corner. Both conversions were missed and the score read Crusaders 37 “ 28 Sharks.

Sonny Bill Williams luckily escaped a sin-binning after a poor high tackle, and not long after Dan Carter hobbled off with an injury.

The fight back flame was well and truly extinguished on the 65th minute by Zac Guilford after he scored from yet more quality hands throughout the backs. Carter's replacement Berquist converted leaving the score Crusaders 44 - 28 Sharks.

Both sides had a selection of chances to score from great counter-attacking rugby, but the Crusaders were able to see the game out and stormed to a comprehensive victory.

After an overwhelming first half display from the Crusaders, an adamant Sharks side looked to upset the party, but the New Zealander's quality prevailed and they took a fantastic bonus-point victory from an exhilarating game.

With Dan Carter playing to the top of his ability, it would be easy to award the title to him, but Sonny Bill Williams was a different class, and even outshone DC himself. Fast hands and comprehensive inside passes tore the Sharks apart, and gave an exciting teaser as to what to expect later in the year from the Kiwis during the world cup.

A great game to watch, with end to end attacks and strong tackling from start to finish really highlighted the best bits from Southern-hemisphere rugby union. The game was fast and ferocious, and hopefully the English crowds will be treated to some more super rugby games on home turf in the near future.

Dan Carter and Sonny Bill Williams excelled, and with players like that in the New Zealand squad, it shows other nations just what sort of challenges to expect when the World Cup commences.