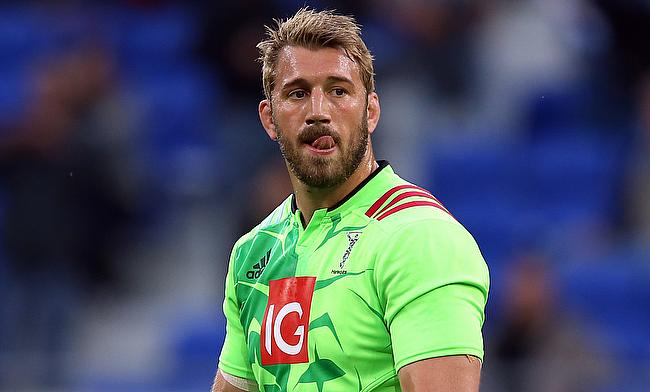 Former England skipper Chris Robshaw has penned a new deal with Harlequins that will keep with the Aviva Premiership club until 2020.

The 31-year-old started his professional rugby debut with the Quins in 2005 and has racked up over 200 appearances for the club since then. Robshaw's Premiership Rugby debut came in the 2007/08 season and in his second season he was named the tournament's Player of the Year - an award which he won again during Harlequins' title winning 2011/12 season.

"I am extremely proud to have re-signed with the club that gave me my first chance as a player and I've cheered for since I was a child," he said.

"I thank Harlequins and the supporters for the incredible continued support that's been shown to me.

"John Kingston and the coaching team have recruited well, and we have our sights firmly set on getting silverware this year."

The 6 ft 2 in back-row made his debut for England in 2009 and has featured in 56 Tests since then and also captained England from 2012 before eventually losing it to Dylan Hartley following the 2015 World Cup which ended in a disaster for the home team.

Quins rugby director John Kingston added: "I am absolutely delighted that we have agreed a further contract extension with Chris.

"He continues to be a fantastic advert for Harlequins in the way he conducts himself both on and off the pitch.

"His influence within the group is immense, and I know, in talking at length with him, he has an incredible appetite to win further major domestic and European honours with the only club he has represented.

"This is brilliant news for Harlequins at a time when we are preparing for what will be an incredibly exciting season, back in the (European) Champions Cup."