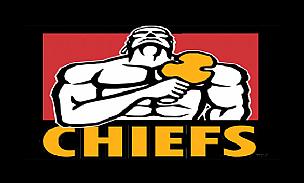 The Chiefs rallied from a 20-3 half time deficit to stun the Stormers in a thrilling encounter in Hamilton.

Fly-half Stephen Donald gave the Chiefs the lead in the ninth minute with a simple penalty from in front of the posts. The Stormers immediately levelled the scores through the boot of Peter Grant, who then gave the visitors the lead after 15 minutes.

The game exploded into life in the 18th minute, a solid Stormers scrum on the halfway line saw the ball moved to winger Gio Aplon. The Springbok flyer cut a great angle through the defence and swerved and stepped his way round several would be tacklers to touchdown, Grant added the extras to give the Stormers a well deserved 13-3 lead.

The visitors were on top in all departments and their set piece was almost unstoppable, and they extended their lead after 24 minutes. A line-out five metres out allowed the Stormers to set up a rolling maul, which the Chiefs were incapable of dealing with and flanker Schalk Burger scored a simple try. Grant added a superb conversion from the touchline to give the Cape Town side a commanding 20-3 lead.

Flanker and captain Schalk Burger was playing like a man possessed, making numerous huge hits in defence and making some crucial turnovers. The Chiefs looked clueless in the first period and gave the Stormers defence nothing to worry about, and they were being overpowered at the breakdown.

But the game turned in the first minute of the second half, centre Richard Kahui broke through the defence and grubered the ball into the in goal area, as the All-Black went to touch down he was impeded by Aplon. The referee went the TMO and awarded a penalty-try, Aplon earned himself ten minutes in the sin-bin, and the Chiefs were back in the game. Donald added the simple conversion to make it 20-10.

Just four minutes later the Chiefs were in again, a lovely kick by Donald completely beat full-back Conrad Jantjes and winger Sitiveni Sivivatu scored under the posts. Another easy conversion for Donald brought the Chiefs within three points.

The game had completely turned on its head, and it was now the Stormers who were unable to live the Chiefs physicality and pace. Captain Liam Messam really took the game by the scruff of the neck and was the stand out performer for the Chiefs.

Donald and Grant exchanged penalties to make the score 20-23 to the Stormers. The Chiefs scored their third try just before the hour mark, after several phases inside the Stormers red zone, Liam Messam crashed over from close range to give the Chiefs a 27-23 lead after another successful conversion from Donald.

The final 20 minutes saw the Chiefs dominate but they were unable to land the killer blow. The Stormers were looking weary and they were falling off a lot of tackles. Donald gave the hosts a seven point lead going into the final ten minutes with a well struck penalty.

The Chiefs had very few problems to deal with in the dying minutes and sealed a 30-23 victory in a cracking match. Although it is a clichÃ© this really was a game of two halves, the Stormers looked unstoppable in the first half, but didn't adjust to the sin-binning of Aplon. The Chiefs were superb in the second half and completely dominated the contact area.