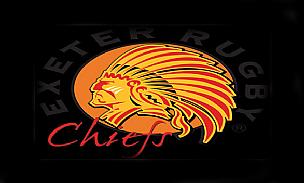 The Chiefs came out on top in an error strewn and attritional battle in Hamilton, and sent the Highlanders crashing to second consecutive defeat.

Robbie Robinson's missed penalty in the fifth minute was a sign of things to come for the visitors. But they did take the lead through hooker Jason Rutledge's try in the ninth minute, a superb break by fly-half Lima Sopoaga sent him clear of the Chiefs defence and he threw a well timed pass to Rutledge who scored near the posts. Robinson managed to add the extras and gave the visitors a 7-0 advantage.

The Chiefs had a chance to strike back but Stephen Donald but his first penalty attempt, but landed his second shot at goal after 16 minutes making the score 7-3. The errors were starting slow the pace of the game, Ben Smith and Sitiveni Sivivatu both made good breaks but poor passes and handling meant neither side could settle into a rhythm.

A well worked set piece move by the home side saw winger Lelia Masaga bursting through the defence, this led to another penalty for which Donald slotted over and closed the gap to just one point. The Highlanders were competing hard at the breakdown like they have done all season but the handling skills from both sides were very below par and it affected the quality of the game.

The Chiefs scored the first points after the break, several good phases of play moved the hosts right onto the Highlanders line and scrum-half Brendon Leonard managed to dive over the line, Stephen Donald added the conversion to make it 13-7.

The visitors were losing a lot of key players to injuries and it was starting to slow them down in both attack and defence. Masaga nearly scored a well deserved try but lost his footing just before the line. The Highlanders best chance of the half came on the 50 minute mark but again poor handling meant they weren't able to capitalise.

Donald then endured a rotten five minutes, first of all he blew a four on one overlap with an abysmal pass, he then dropped a pass near the line after a electric break from Sivivatu. The quality of the game was deteriorating rapidly and the last points of the game weren't scored until the 80th minute.

After several short phases from the Chiefs pack, captain Liam Messam powered over from close range to seal the victory, substitute stand-off Tim Nanai-Williams added the extras and the game finished 20-7.

The game wasn't a classic and both sides will be disappointed with quality of the handling and the amount of errors that were made. The Highlanders seem to be running out of steam and with the amount of injuries they suffered it will be tough to keep their top six spot.