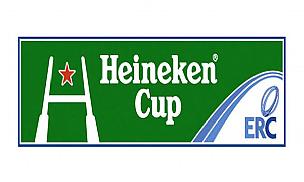 The future of European rugby looks uncertain this off season as the Celtic unions prepare to block proposed changes by Premiership Rugby and the Ligue Nationale Rugby.

Their proposals suggest a reduction of the number of teams in the Heineken Cup from 24 to 20, with the top six from each of domestic leagues qualifying alongside the current cup holders and the previous winners of the Amlin Challenge Cup.

Any changes will not take effect until 2014 at the earliest in accordance with the ERC.  Two years notice must be served before alterations to the format can occur.  Premiership Rugby issued their two year notice effective on 1st June, to which ERC reacted calling a review of their flagship competitions.

Talks of a boycott seem premature.  And indeed Roger Lewis, chief executive of the WRU, has welcomed discussions provided all parties turn up with a responsible attitude. Lewis can be confident that the Celtic nations have strengthened their position for negotiations.  No longer will they be held to ransom by English and French clubs.  Money talks but there are other factors to consider.

Proposals must be passed by the ERC board the majority of those members are representatives of the Celtic and Italian Unions, sure to block any unfavourable proposals.  RFU Chairman Martyn Thomas believes Premiership Rugby will be prevented from having it their way at the negotiations table on this occasion, regardless of their financial clout.

The Celtic position is further strengthened by performances on the pitch.  Wales enjoyed a Grand Slam in the spring and Irish provinces have dominated European rugby in recent years, winning five of the previous seven Heineken Cup's.  In contrast only one English side has competed in a Heineken final during the last three years, Northampton Saints in 2011/12.  Saracens were the sole Premiership team remaining at the quarter final stage in the season just past.  Teams from the Pro12 filled five of those eight places, three progressing to semi-finals.

Under the proposed revamp Edinburgh, semi-finalists last season and conquerors of Toulouse, would not qualify for top tier European rugby by virtue of their poor league position.  Likewise Cardiff, who finished seventh in the Pro12, would have to settle for a place in the secondary competition despite being amongst the top seeds in the pool stage draw for next season.  Italian rugby would be left without any representation in the Heineken Cup with Treviso and the new Italian franchise Zebre both some way outside qualification.

In an ideal situation, a commercially successful Pro12 on a par with the Premiership and Top 14 would allow for European qualification based entirely on league position.  After that the biggest question is how many places in Europe the Pro12 should be allocated.  Six is too few, mostly because of its multi union makeup but also because its clubs are now consistently outperforming both English and French teams.  Seven is a more reasonable number, and allows for a reduction to 20 teams if Heineken qualification was not granted to the Amlin Challenge winners.

But my own preference is to stick with 24.  Dropping the number to 20 won't reduce the number of games any one team plays.  That would remain at a minimum of six, and a total of nine for the finalists.  Within that 24 there are eight Pro12 clubs, seven from Top 14 and six Premiership clubs.  The remaining three places would be guaranteed to the holders and then both finalists from the Amlin Challenge Cup, adding extra value to that competition.

In the eventuality that the Heineken Cup holder and either Amlin finalist had already qualified then their position would go to the next placed team in their respective league, rather than a team from their union.  Applied to the forthcoming season that would mean Newport-Gwent Dragons would benefit from Leinster winning the Heineken Cup, whilst Biarritz would qualify courtesy of their Amlin final appearance.  Bordeaux-Begles would take the last remaining place since Toulon had already qualified.

This model would undoubtedly not please everyone.  English clubs would only be guaranteed six places when in theory the Pro12 could take as many as eleven in a given year should they provide both Amlin finalists and a Heineken Champion.  Alternatively the same scenario could mean nine Premiership clubs qualifying, or ten from the Top 14.

It's a complicated process, and incredibly difficult to find a solution to satisfy one and all.  That's why discussions need to be happening sooner rather than later, it could take two years.