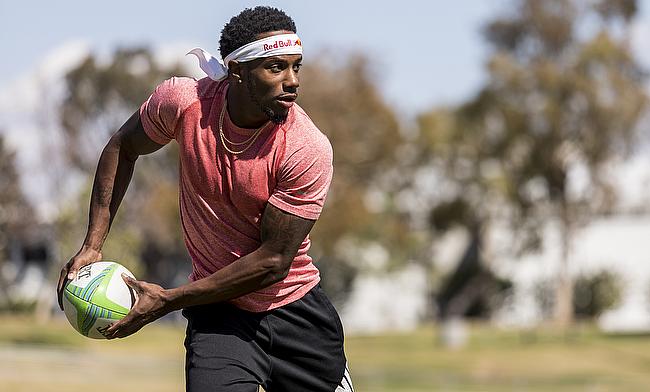 TRU last heard from Carlin Isles in July 2020. Back then, the USA Sevens flyer was working hard while returning to the rugby field was put on pause.

Now nine months on, he is still waiting to do what he does best; score tries.

Robbed of the chance to play for Mike Friday’s USA at the Madrid 7s because of injury in February, Isles had to watch on as his teammates placed third without him. The hugely influential Perry Baker was also sidelined for that event, meaning the Eagles have been without two of their star men for a sustained period.

This summer, the 31-year-old is hoping to become an Olympian for a second time after representing his country at the 2016 Games in Rio de Janeiro. Having been the World Rugby Seven Series’ top try-scorer in each of the past three seasons, it becomes clear when speaking to the former track star that he has a motivation like no other.

He is meticulous with his processes and, perhaps most importantly, he has self-belief. Yes, too much self-belief can sometimes be a barrier, but for Isles, who has overcome adversity his entire life, it is what has taken him to the top of rugby sevens.

After consistently getting into fights and running away from home when he was younger, it was only after he and his twin sister, Cambra, were adopted - and his athletic potential was spotted in middle school - that the man from Ohio began to travel down the path of reaching his potential.

“I realised that if I wanted to be the best that I could be, I can’t always rely on people because people are not always there, so I had to find a way,” Isles said. “It started with being obsessive with speed and trying to get faster, asking this person and this person and that drove me because I realised that I really had to rely on myself, with my drive and my work ethic.

“Then as I got older, it really started to sink in and I had to realise that I had to be everything for myself and I had to learn to continue to self-motivate. Not everybody is going to be there for you and cheer you on when you need them.

“The biggest thing is that people may be happy for you and proud for you, but not everyone is fighting for your goal and what you want to make happen. Whether you get it or you don’t, people may or may not care. It only really boils down to you and how much you really want it.

“I really wanted more for myself and at a younger age, that stuck with me. I realised I really have to be my everything because nobody really cares if I eat or not.

“Especially as I got older too, even in rugby, when I did my ACL and meniscus, people almost forgot about me, but that doesn’t really matter as long as I had my own validation. As long as I care about what is on my plate, I am going to be fine.”

Isles cites Chris Maggiore, an Ohio businessman, as one of the first people to believe in him.

In 2011, Maggiore sent the USA star to train with Olympian Michael Rodgers in Austin, Texas. As the years went by, opportunities like those would come thick and fast.

In 2013, Isles was christened the ‘Fastest Rugby Player Ever’ and it is a moniker that you can hardly argue with. Speed is what has allowed him to gain recognition as an athlete worldwide and the 31-year-old is hoping to have one final crack at competing at the Olympics in the discipline that allowed him to become an All-American and the 36th fastest sprinter in the United States.

In 2012, before focusing wholly on rugby, Isles was unable to make the Team USA athletics team and chose to concentrate on rugby prior to the trip to Rio.

Now training with Rodgers once more and two-time gold medallist Natasha Hastings, Isles is hoping to take his bow on the running track at the Japan National Stadium. 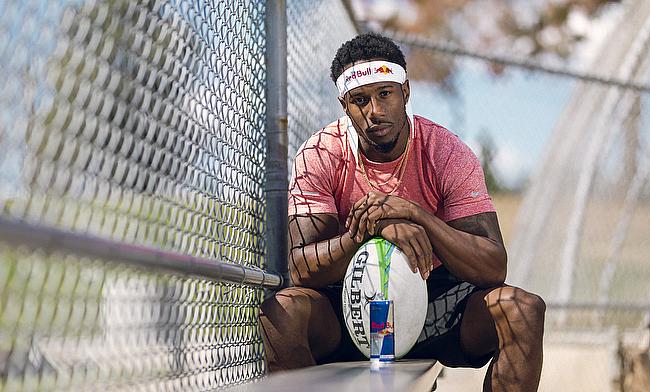 “Even with my little setbacks with stupid injuries, heck yeah,” Isles said when asked what he was hoping to achieve this year. “I have been game planning. I am making sure that my fitness is there on that. The speed stuff is easy to get. The hardest thing is the aerobic system.

“It is the hardest to build and I have been building that, regardless of the little nagging injuries and I have been going to different places to make sure that my body is good. I was going to open up this weekend, but with my calf, I couldn’t, so now I am back into it and I am going to compete in the next few weeks and then see how that goes.”

Whilst rugby is a team sport, athletics is anything but. You are isolated, concentrating on your own performance and hoping that your preparation vastly outstrips your opponent. In a way, much like the majority of his life, Isles is stood by himself, with only the knowledge of his ability to guide him.

“In rugby, you have got people you can lean on and depend on,” Isles said. “In track and field, that is not the case. It is every man for himself and that is what I kind of like.

“You can really test somebody’s manhood and see what they about. You might have somebody next to you who has the faster PR, but it is about who is fastest on the day and if you execute right, stay patient and you don’t start worrying about everyone else, it will go in your favour.

"It is a way different mindset because you are doing everything on your own and nobody is telling you what to do.”