Can The Wallabies Beat The All Blacks? 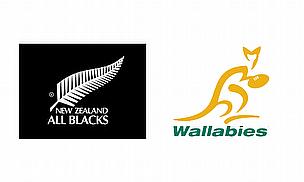 Can The Wallabies Beat The All Blacks?

After two defeats in the 2013 Rugby Championship, home and away, Australia get a third chance to take on New Zealand this weekend in Dunedin. But can they win?

It has been a rollercoaster for Australian rugby since June, when they welcomed the British and Irish Lions to their home.

The first two tests could have gone Australia’s way and if that had happened what would that have meant for The Rugby Championhip. Well as we reported live from Australia that was not the case and it made The Championship that more difficult.

Oh, and there was the matter of how good the All Blacks might be. We asked our regular contributor on New Zealand Rugby Union to give us his views and this is what Scotty Donaldson told us:

"The All Blacks host the Wallabies at Forsyth Barr Stadium in Dunedin on Saturday night, although because the All Blacks won both games this season, then this game has no trophy riding on it, but it still has plenty to play for, although there have been some interesting selections made for this game.

"The player of the Rugby Championship 2013 Ben Smith will replace namesake Conrad Smith in the Number 13 jersey for the All Blacks, allowing his predecessor from the right wing Cory Jane, to return after a lengthy injury break. It will be interesting to see how these genuinely classy players perform.

"The All Blacks have rotated some players with an eye to the Autumn Internationals with Keven Mealamu starting at hooker which dampens any chance Andrew Hore had of finishing his All Blacks career in a home test match where it all started in Dunedin.

"Jeremy Thrush gets rewarded with a start, although this is simply so that Brodie Retallick gets a break.

"The Wallabies have made four changes from the side that crushed Argentina in the Rugby Championship 2013, with Peter Betham answering an SOS and gaining his first test cap on the right wing. The Wallabies backline stocks have been depleted by injury and so Matt Toomua will start at inside centre. This will help support the fragile Quade Cooper in the playmaking role.

"Ben McCalman replaces the injured Scott Fardy getting a start at Number Eight. Will Genia will play his 50th test match.

"While there is no silverware up for grabs in this match, the All Blacks will want to retain their stranglehold on these trans-Tasman matches.

"The conditions will be great inside Forsyth Barr Stadium, but despite the Wallabies improving their defence and set pieces in recent months, I still can't see them beating the All Blacks.

"This Wallabies team seems to lack the confidence to beat the All Blacks, this is a rarity with any Australian sports team! The Wallabies have their best chance in some ways by hoping the All Blacks have switched off since there is nothing on the line.

"The All Blacks Autumn International squad gets named on Sunday so there is plenty to play for!

"My pick The All Blacks will win, but it will be closer than expected.  Do the Wallabies have chance of beating the All Blacks?