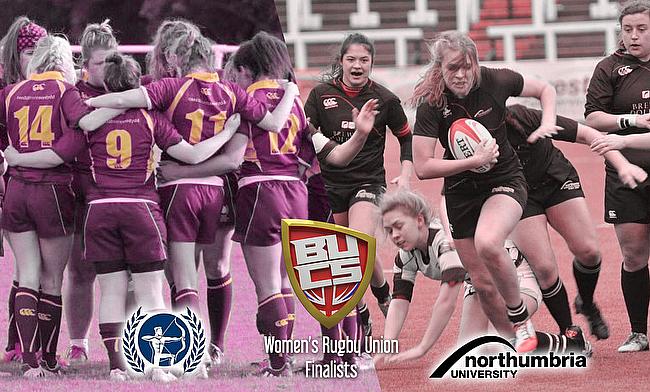 Ahead of the BUCS Women’s Championship trophy final on Wednesday at Twickenham, we profile and preview Cardiff Met and Northumbria.

Cardiff Metropolitan apply their trade in the Premier South division and  after winning nine of their 10 domestic games this season, the side from Wales were crowned champions after finishing on 44 points – 11 points clear of their nearest challengers Exeter.

On four occasions this season, Cardiff Met scored over 100 points in a game with their largest margin of victory coming against the University of Cambridge where they won 138-0 with their only defeat of the campaign coming against Exeter at the end of January.

The knock-out stages of the BUCS Rugby Championship saw Cardiff Met thrash Loughborough 94-0 in the quarters-finals to book their place in a fifth consecutive semi-final where they went up against fellow Premier South side, the University of Gloucestershire for a place at Twickenham. This was a re-run of last year’s final and after suffering heartbreak 12 months ago, Cardiff Met exacted their revenge with a 6-0 win to confirm their place in another BUCS Championship final.

It is fair to say that Cardiff Met have always been the team to beat. In the 31 years the competition has been going, they have won it nine times with their first title coming in 2002. Their last victory in the final came two years ago against Leeds Metropolitan (now Leeds Beckett Carnegie), 47-0, where England World Cup winner Kay Wilson scored a total of five tries. Their record at this stage of the season is unrivalled and they are ready to once again grace the hallow turf of Twickenham in search of another BUCS title.

Northumbria University are part of the Premier North division of BUCS Women’s rugby and like their opposition this evening, they also topped their respective league finishing on 43 points after nine wins from their 10 fixtures. Their only defeat came against the University of Edinburgh in January. In their 10 league matches this term, Northumbria picked up seven bonus points and ended the campaign with a points difference of 373.

In the knockout stages of this year’s BUCS Championship, Northumbria were given a walkover result against the University of Oxford before performing superbly to beat Exeter 30-5 at Kingston Park to progress  to the final.

Four years ago Northumbria finished third in Northern 1A after relegation from the top tier of BUCS women’s rugby, but since then, the only way has been up for the north-east side. After a title win but no promotion in 2013 and a second placed finish in 2014, last season saw Northumbria promoted back to the Premier Division and now they head into this final knowing they have lost just one of their last 24 games in all competitions – a run which stretches back to March 2014.

So, with both finalists having lost just once this season, this final at Twickenham is set to be a closely contested encounter. Both teams have ran riot at times this campaign and have had to grind out results on other occasions. But, what we do know for sure, is that the top two women’s university sides in the country will do battle on Wednesday for the greatest prize in women’s student rugby.