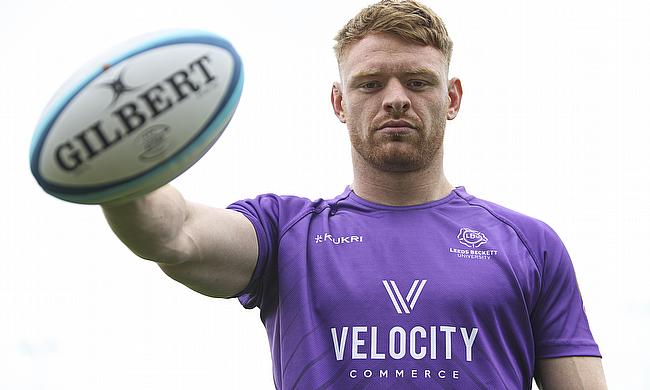 University Rugby is strengthening its status within professional pathways - and it is only going in one direction
BUCS Super Rugby: The blank canvas and why we are set for a season of intrigue
BUCS Super Rugby 2021/22 fixtures: Champions Durham begin title defence on the road
BUCS Super Rugby 2020/21 season cancelled due to 'unpredictable' coronavirus pandemic

The top league in the university game returned after an 18-month absence, but based on Round One's action, it was like BUCS Super Rugby had never been away.

Leeds Beckett were in a ruthless mood as they scored seven tries to dismiss the University of Bath in the first BUCS Super Rugby clash of the campaign.

The home side scored early on through John Okafor, but Bath hit back with their own try and a penalty to edge in front.

The same chain of events occurred again with the Beckett lock going over before the Blue and Gold regained their advantage.

However, Leeds wrestled back the momentum going into the break with Nick Brown scoring twice to give the Yorkshire outfit a 26-18 lead.

Your @VelocityComm man of the match is our two try hero Nick Brown!

Congratulations Nick on an impressive performance in our 53-23 win over Bath ?? pic.twitter.com/mPBZ6Wa8Kh

Three points from Olly Toomey and a penalty try kept the hosts in control before hooker Maidson Hunting effectively put the game to bed with another Leeds score.

Bath did grab a try of their own, but Alex Green and Spencer Owen put the gloss on an excellent win for Leeds Beckett.

A brace from Eddie Bullock and 24 points from the boot of Josh Barton helped the University of Exeter to a resounding win over Swansea University.

The bonus point was secured by half-time with Benjy Joseland, Bullock (2) and Jacob Morris notching tries in the opening period.

Barton's superb afternoon from the tee kept the Green and Whites in complete control before Arthur Relton finished off another wonderful Exeter score.

Patrick Bishop held his nerve from the tee to slot over the all-important extras to seal a share of the spoils on opening night for Alex Keay's men.

A last gasp try to snatch a draw ??

A single Harry Mercer penalty gave the North East outfit a slender 3-0 lead at half-time before both teams exchanged penalties to make it 6-6 just after the hour.

The first try of this tight contest came in the final 10 minutes as Brad Denty squeezed over in the corner, but despite the Archers adding the extras, Durham were able to hit back to salvage something from their trip to Wales.

Loughborough University recorded an opening day victory over Hartpury in a nip and tuck affair in Gloucestershire.

The visitors held a narrow lead at the interval following a converted try from Josh Lewis, but the three-time BUCS Super Rugby champions were only two points behind after Jamie Howells profited from a 50-22 before Joey Winfield nudged over a penalty.

Loughborough then gave themselves some breathing space with a second try, but Hartpury took advantage of a yellow card to ping over another three points.

However, the home side couldn't produce a grandstand finish as Loughborough kicked off their season on the front foot.

Cardiff University began the new term in a positive fashion by securing a bonus-point win against Northumbria.

Alan Flowers' charges had wrapped up their extra point by half-time in Wales in an action-packed encounter as they took a commanding 34-3 lead into the sheds.

The North East side produced a response in the second period, but the damage was done in the opening 40.

More university rugby content to come on TRU with further BUCS Rugby starting up again next week, including the Women's National League.