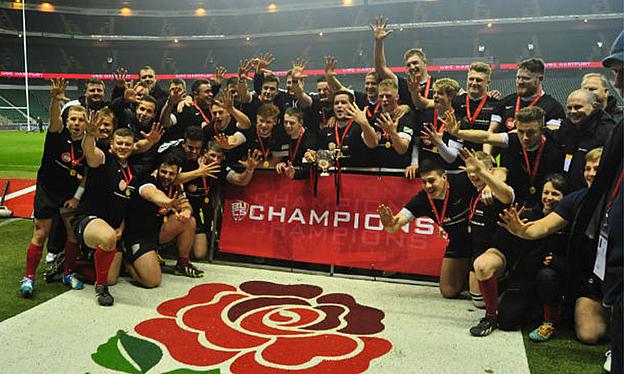 Stepping out at the home of English rugby always starts off as a dream. For some young rugby players, they will never get the chance.Some, however, will and this Friday sees the BUCS Championship Trophy final return to Twcikenham as Leeds Beckett University take on Northern rivals Loughborough University.

The students from each university will have the chance to create a memory on one of rugby’s biggest stages and if we see any ounce of what we saw last Saturday at Twickenham between England and France, we will certainly be in for a treat.

Both Leeds Beckett and Loughborough have put on some excellent displays this season and on route to this final. Now, it’s nearly time for one final push to end the season as the best University side in the country.

It had already been confirmed that Leeds Beckett and Loughborough were the top two teams in the North and after their semi-final wins, they are now the top two in the country.

Leeds Beckett won Premier North this season, winning 10 and losing two of their 12 matches. Added to that, they beat Bath and last year’s BUCS Championship winners Hartpury to reach this final. In 2014, Leeds Beckett were runners-up but in the two years prior to that, they didn’t make it past the quarter-final stage.

In terms of their current form, Beckett have lost just once in their last live matches and have won five of the last eight meetings with their opponents Loughborough.

As for Loughborough, they finished second in Premier North, four points behind Leeds Beckett. They won 75 per cent of their matches this season and crucially they are the only side to beat Leeds Beckett this season.

Loughborough did the double of the Yorkshire outfit and will be hoping that this will give them a physiological edge heading into this final.  This is the furthest Loughborough have been in this competition over the last three years where they have had two quarter-final exits and suffered a  semi-final defeat last year.

Road to Twickenham
Leeds Beckett beat Bath 42-22 in the quarter-finals, but it certainly wasn’t  as convincing as they would have liked it to be. Sam Rodman was given man of the match for Leeds that day and the prop showed just how vital he can be up front for Beckett.

Their semi-final win against Hartpury was sweet revenge for Leeds. This was a re-run of last year’s final at Twickenham, but a different outcome occurred this time. After losing 24-28 nearly a year ago and having been knocked out by Hartpury in each of the last three years, Leeds Beckett got their revenge with this 28-17 victory over the current holders.

Will Cargill’s boot and rugby intelligence was on show that day and he helped guide his side through to a Twickenham final.

But, he is not the only one whose kicking has been key to his team’s success so far in this competition.
I think its fair to say Loughborough’s Tom James is certainly one to watch this Friday. After scoring 19 points in the 26-15 win over Cardiff University in the Quarter-Final, he added another 13 to his total for this Championship as his side saw off Southern Premier winners Exeter at the Semi-Final stage.  James and Loughborough will be hoping for a similar display on Friday.

For both teams, this will be a huge occasion. Leeds Beckett will want to make it the league and cup double to round off their magnificent season. However, Loughborough will be the mood to spoil the party and show once more they can have the upper hand over Beckett. This will be an intriguing final with kick-off at Twickenham at 7:30pm.