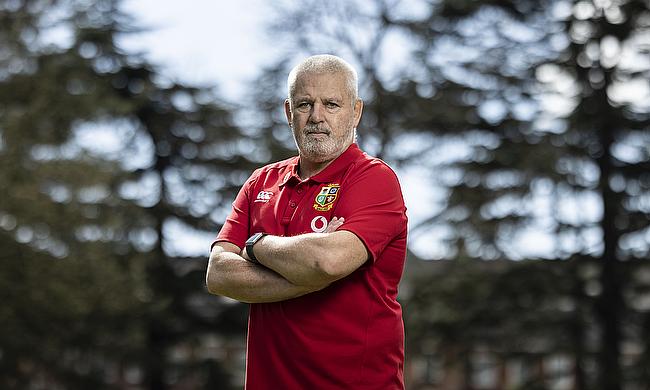 Yesterday was something of a rollercoaster of emotions for those living in the Lions bubble.

The first feeling was that of relief after the South African Rugby Union announced all three Tests would be staged at the Cape Town Stadium. It means no more need for movement for the tourists which no doubt is a welcome revelation.

It was just after 17:00 BST on Tuesday that The Times’ Alex Lowe released his article which contained the leaked Test squad. Warren Gatland was clearly a bit miffed by this occurrence and declared future announcements would be done differently in order to prevent this situation from happening again.

Regardless of his disappointment in the squad’s premature unveiling, Gatland was still candid in his press conference outlining the big decisions in his selections. On face value, you immediately notice the omission of Jamie George, Chris Harris, Josh Adams, Mako Vunipola and Taulupe Faletau.

Instead, Luke Cowan-Dickie, Elliot Daly, Anthony Watson, Wyn Jones and Jack Conan start in their stead, whilst Courtney Lawes returns to the fray after a neck injury and Ali Price gets the nod ahead of Conor Murray at scrum-half.

Price has very much been the man on many people’s minds, his recent displays in red warranting a place in the Test side. When it comes to his inclusion, Gatland was keen to express that it is a full squad effort and not just about the players starting on Saturday.

For the first time since 1997, @lionsofficial will start a Test match with 3?? Scotland players in their starting XV. pic.twitter.com/o8PQ4kMXMD

“We have been really impressed with him,” Gatland said when asked about Price. “I thought his running against the Stormers was good, some nice variation, he was getting the ball away quickly and in saying that, it is not just about the starting XV.

“Looking at South Africa, particularly up front and at their bench, we wanted to make sure that the balance was right and how important our bench was going to be and the experience of players coming off the bench.

“You have got players like Conor Murray and Liam Williams and Owen Farrell who are going to be disappointed not to be involved, but having that experience, they get a chance to come on and hopefully close a game out for us.

“We are really happy with the depth of our bench and how important they are going to be for us on Saturday.”

In the second row, there is cause for amazement. Partnering Maro Itoje is Lions captain Alun Wyn Jones, who returned to rugby 21 days after sustaining a dislocated shoulder against Japan.

Getting some vital minutes under his belt against the Stormers last weekend, Jones’ inclusion will undoubtedly come as a boost to the squad as they look to turn over the world champions in their own backyard.

He is in a side packed to the rafters with lineout options, with the likes of Tom Curry, Lawes, Conan and Itoje all more than competent in the air, as well as in defence. On the bench, Tadhg Beirne and Hamish Watson can perform similar roles and Jones admitted that looking at the set-piece has been a big part of their preparations.

“I think the impact the set-piece has on the game generally is huge,” Jones said. “In times gone by, you would say it is just a way to restart the game, but I think knowing the players we are coming up against, the set-piece is a pillar of what the Springboks use.

“There is definitely opportunity and variation there that we have, and as Gats said, we have that ability coming off the bench to add and aid our attack, so it is a very big focus point in particular with the opposition we are going to face.”

What is telling about the selections from Gatland, Gregor Townsend, Steve Tandy and Robin McBryde is the kicking options on display. Each of Stuart Hogg, Watson, Elliot Daly, Dan Biggar and Price excel with the boot and the side will no doubt be hoping to make life extremely difficult for the Springboks.

Rassie Erasmus has his own kicking options. Faf de Klerk, Handre Pollard and Willie le Roux are the three men who are most proficient at that aspect of the game and Gatland acknowledged the importance of this area whilst also emphasising the parts of the Lions’ play that the tourists are adept in.

“I am incredibly impressed in the way that we have defended on this tour and have continued to improve in our defence,” Gatland said. “We haven’t conceded a lineout maul try, we haven’t conceded a pick-and-go try close to our try line and that is one aspect we have worked really, really hard on and if we can stop them dominating in those areas, then they are going to have to go somewhere else in their game.

“They will kick a lot. In normal internationals, there is possibly 20-odd kicks in a game from each side and when you play South Africa in these games, you can expect up to 40-odd kicks in a game so that aerial battle is going to be a key for us and at times, we need to be sure those kicks are on the money.”