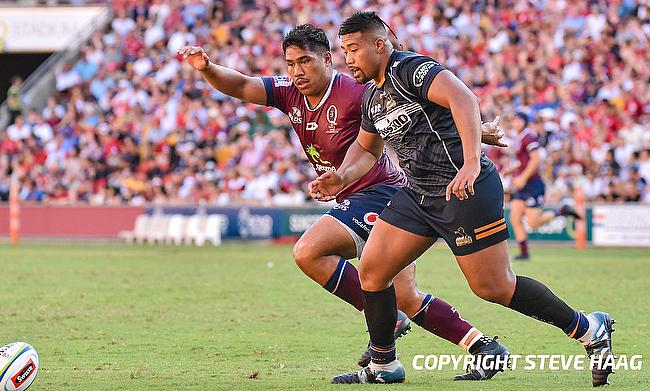 Folau Fainga’a starts on the bench for Brumbies
©Steve Haag

Brumbies head coach Dan McKellar has made four changes to the starting line up for the upcoming Super Rugby AU final against Queensland Reds to be played at Suncorp Stadium on 8th May.

Scott Sio comes at loosehead prop replacing injured James Slipper while Folau Fainga’a drops to the bench with Lachlan Lonergan being the preferred hooker with Allan Ala'alatoa forming the rest of the front-row.

Darcy Swain and Cadeyrn Neville have retained their places at second row while Rob Valetini, who recently signed a contract extension shifts to number eight to accommodate Nick Frost at blindside.

The replacements also sees changes with Harry Lloyd coming into the matchday 23 squad with Henry Stowers set to make his debut for the club when he comes off the bench.

"To most people Frosty would be considered a lock but we've always seen him as someone who can develop into a six. He's tall but he's a real athlete and quick so he can do some damage out there," said McKellar.

"I was amazed Henry wasn't signed by anyone across the globe, I thought he was outstanding last year for the Force and he's worked hard to get himself in Super Rugby shape over the last few weeks and he'll be good for us.

"If you can't get motivated for Saturday night you're in the wrong game, we know Queensland are the favourites, and deservedly so. We've just got to get our game right and go up there to enjoy what's a really special occasion."