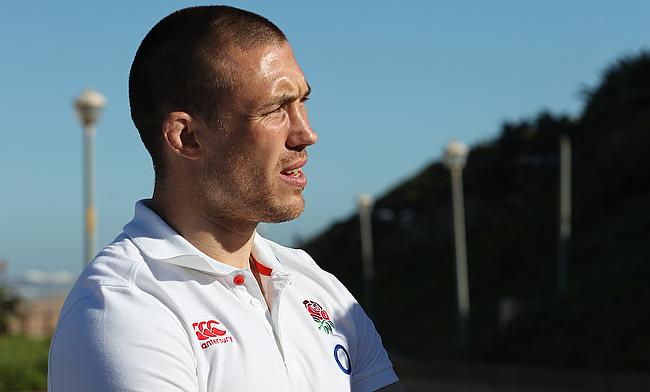 Mike Brown says he deserves more respect for what he has achieved for England.

The Harlequins man has been one of England’s standout performers during their tour of South Africa, scoring in both of the first two Tests.

However, Brown, who has been operating on the wing against the Springboks, says there are alot of other sides to his game that have improved other than his finishing ability.

"I've come in for a bit of criticism but I'm on 71 caps now - it would be nice to get a little bit of respect sometimes," Brown said.

"I've played wing, full-back - I'm the most capped full-back in English rugby. It would be nice for people to see some of the unseen work I do apart from scoring tries.

"I don't need to say what I've achieved in my career. I love playing for England and with these guys and I will keep working hard on this journey to the World Cup and hopefully I will be there."

Brown also discussed the verbal altercation he and team-mate Joe Marler had with a fan after Saturday’s 23-12 defeat by South Africa, which saw them go 2-0 down in the series.

He added: "I caught the back end off him [Marler] walking off and some supporter decided to lean over and give him some abuse

"When a guy who you think should be supporting you is saying you aren't trying your best - and that is putting it nicely - I just told him to shut up basically.

"We try day-in-day-out to get better and we are out there trying our best and if somebody is telling you are not then they are way off the mark. We stick up for ourselves if someone is saying something we don't like."

England's defeat in Bloemfontein was their sixth in a row and Brown admits he and the team have been frustrated.

Brown said: "It is frustrating that we haven't managed to get the wins that we are working hard towards. We have shown in patches what we can do but then we have knocked off in other areas at crucial times - especially in our discipline and our basics. In Test match rugby that is the difference between winning and losing."