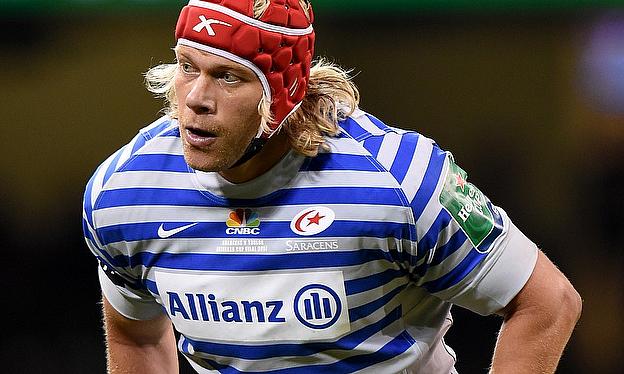 Saracens said they had "reluctantly released" 32-year-old Botha, who will join the Durban-based Sharks with effect from January 1.

" Mouritz has been a massive part of our squad and our culture for the past five-and-a-half seasons, and we are very sorry to see him leave," Saracens rugby director Mark McCall said.

"However, this is a great opportunity to play for one of the top teams in Super Rugby, and we wish him well."

South Africa-born Botha joined Saracens from Bedford in 2009, and has so far made 142 first team appearances.

Having qualified for England on residency, he made his Test debut as a replacement against 2011 World Cup warm-up opponents Wales at Twickenham before going on to start every game of England's 2012 RBS 6 Nations campaign.

He won 10 caps, the last of which was against South Africa in November 2012.

Botha said: " Saracens will always be important to me, and it's difficult to leave so many friends in what remains a unique sporting environment.

"But the Sharks are trying to build something special in Durban. This will be a great rugby challenge for me, and a great adventure for my young family."