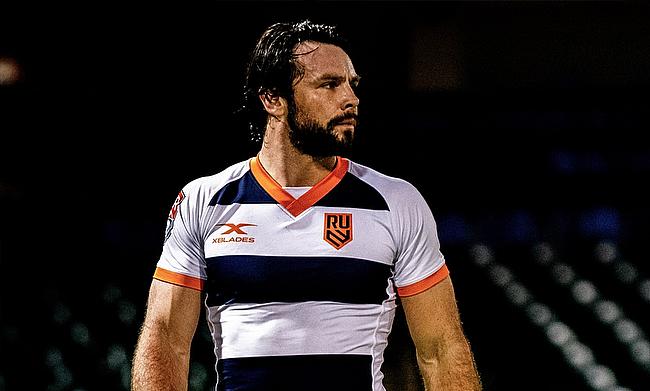 Ben Foden: 'Everyone is hungry to learn, hungry to play'
Arnald: The project of establishing this rugby team in New York is very exciting
The sky's the limit for the MLR and new franchise Rugby United New York

Two weeks ago, Talking Rugby Union released an interview with former England full-back, Ben Foden, about his thoughts on Saracens.

In the second part of Joe Harvey’s chat with Foden, he discusses his time so far in America with Rugby United New York and what he hopes the future holds for US Rugby.

New York’s first season in Major League Rugby can only be described as a success. Finishing fourth overall in the league standings, they were awarded a place in the playoffs. Starting in the 15 shirt, Ben Foden and his teammates were undone by a brilliant solo performance from San Diego Legions' Joe Pietersen.

Despite putting in so many complete performances on the field, it was in fact a fairly difficult task for Rugby United New York (RUNY) to organise themselves ahead of a fixture last year. With space in New York at such a premium, the players and staff had to ferry themselves to several different locations a day in order to prepare for a match.

“For us in New York, as a new team, it was not going to be quite as settled as playing for a Northampton or a Sale,” Foden said. "We didn’t really have a base last year, so we used to train at the gym and then have to travel across to Randall’s Island to get to a training field and then we’d go wherever we could to do video analysis and stuff like that.

“It was very much like a makeshift team because we were all running around, trying to find the time to fit everything in. This year, there have been massive developments made because we have linked up with a big college on Staten Island called Wagner College.

With the league having expanded more this off-season to 12 teams and shifted to a conference system, it would seem that this edition of Major League Rugby will be the most exciting yet. Even RUNY have had somewhat of a makeover. USA backs coach, Greg McWilliams, has joined the side as Head Coach, bringing with him former Wasps lock Marty Veale as forwards coach.

“They are very forward-thinking coaches and I think that we are going to come on leaps and bounds,” Foden said. "We’ve had a bit of a mix up, with a few players moving elsewhere and I think that we have signed well. We have some really exciting guys coming in.

“Obviously Bastareaud has come in and the thing is with guys like him coming in, and Kara (Pryor), visas take a bit of time to come through, so they have sort of missed pre--season, but overall I have been impressed with it. Every training session we have 35 turning up, everybody is hungry to learn, hungry to play.

“I think being at Wagner College has made the world of difference. It has meant we can be more active in the gym and we can now do contact sessions with Marty, but also skill sessions with Greg. I am really happy with where the team is and I think that we have taken a massive step forward in all areas.”

More recently, Chris Robshaw has been strongly linked with a move to New York, a link that was confirmed by RUNY owner James Kennedy on social media. It would seem that New York still want to add some star power to their team in order to help their second challenge for the shield.

New Head Coach, McWilliams, joins New York after several years heading up the Yale University rugby programme. Rugby has a strong tradition at East Coast colleges, with Foden believing the future of rugby in the USA does lie with the introduction of the sport to varsity level.

“I think the key to that success is getting rugby in at collegiate level. American sport is very much led through American education," Foden said. "A lot of guys get scholarships, they see sport as a way of developing their futures.

“If we can get rugby to be a varsity sport, which I think it is at some schools, especially the Ivy League schools, the important thing is developing a rugby team of American players. It is all very well and good going overseas and bringing in guys from South Africa, Australia, New Zealand, but you need visas and they have a rule that only 10 players can be foreign in your squad.

“So, the key is to try and get it (rugby) in the infrastructure, in high schools and colleges, so that you have got kids that are playing rugby. I actually hear that it is very important for kids to play around the 15, 16-year-old mark because when these athletes don’t make it in the NFL or NBA aged 23, 24, it takes them two or three years to transition to play centre, wing or backrow.

“But when you need a line-out caller or a scrum-half, or a fly-half, where it is quite important that you have played a lot of rugby and have a good understanding of the game, it is quite tough for those guys to make the transition at that age.”

Blaine Scully: We have a lot of things we need to work on