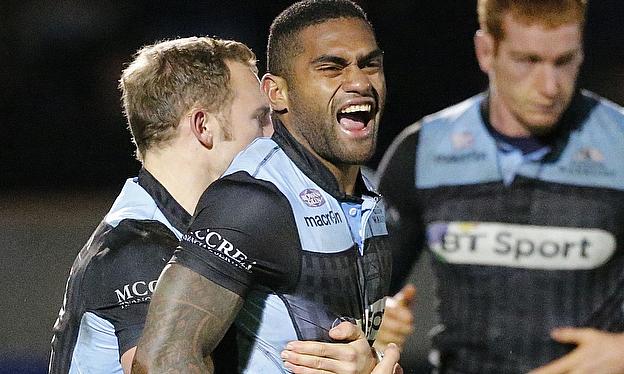 Matawalu, one of the most exciting attacking talents in European rugby, will move to the Recreation Ground for next season.

Bath head coach Mike Ford said: " Niko is an incredibly talented and exciting young player, and we're eager to see his skill-set worked into our attacking style of play.

"He is a great character, and we know he'll fit in really well at the club."

Matawalu has won 21 caps for Fiji, and has so far scored 22 tries in 59 Glasgow appearances.

Bath have long been linked with signing Australia international number nine Will Genia, but it is thought that he might have opted for a post-2015 World Cup club career in France.

"I am really happy to be joining Bath next season," Matawalu said.

"They are a very ambitious club with a very talented squad and coaching team.

" I'm looking forward to getting settled in and testing myself in the Aviva Premiership and top flight of Europe, but for the remainder of the season my focus will be with Glasgow.

"The club (Glasgow) and Scottish Rugby made me a very good offer, which made it a difficult decision to leave, but I was ready for a new challenge."

Matawalu joined the Warriors in 2012 and won the club's player of the season award a year later.

"Niko took to the professional game straight away and has worked hard to improve his game," Glasgow head coach Gregor Townsend said.

" He is well-liked by our players, coaches and especially our supporters, and we've loved having him at the club.

"When he moves on at the end of the season we'll wish him well in the next stage of his career, but there is still a lot of rugby to be played before then.

"He has always given 100 per cent for the club, and I know he will continue to do so until the end of the season."