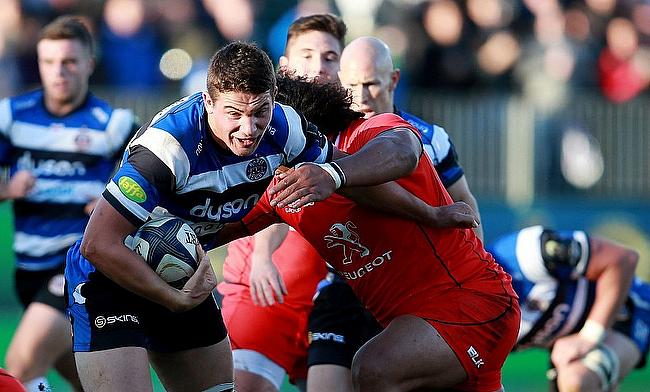 England coach Eddie Jones has recalled Bath lock Charlie Ewels in the 25-man training squad ahead of the fourth round of the Six Nations tournament.

The decision follows after Courtney Lawes sustained a calf strain during the last weekend's 21-13 defeat against Wales in Cardiff and is ruled out of the remainder of the tournament.

Ewels made his England debut against Fiji at Twickenham Stadium in 2016 and has played 10 Tests for the red rose team since then with his last appearance coming in the final game of the autumn series last year against Australia.

A statement released by the Rugby Football Union revealed that Lawes will need a minimum of four weeks for recovery and has been released to his club.

"Courtney Lawes (Northampton Saints) will miss the rest of the Guinness Six Nations due to a calf strain sustained yesterday in Cardiff. Following the results of his scan this afternoon, Lawes is expected to be out for a minimum of four weeks," ready the statement.

"He will return to his club for rehabilitation."

Meanwhile, Wasps' Nathan Hughes and Worcester's Ben Te'o, who missed out on the game against Wales are also part of the squad that will assemble in Oxford this week.