Bath add to Newcastle's away woes with narrow victory 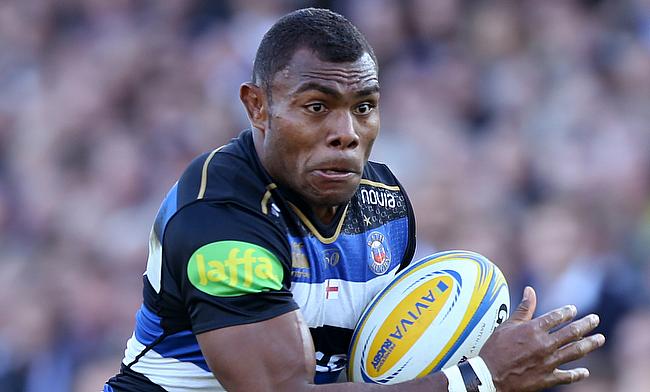 Bath edged to a narrow 21-19 victory over a spirited Newcastle Falcons side who will be far from satisfied with a losing bonus point.

Newcastle have seldom come as close to ending a miserable run of away form in the Aviva Premiership; after 16 defeats and a draw, it is 18 months since they won on the road.

Bath were particularly guilty for their poor discipline, being reduced to 13 men at one point in the second half as prop Henry Thomas joined Francois Louw in the sin-bin.

But two first-half tries by Semesa Rokoduguni and 11 points from the boot of Tom Homer proved just enough to open up a 20-point margin over bottom club London Irish.

Newcastle scored a try through prop Rob Vickers, also in the first half, and fly-half Mike Delany kicked 14 points. But he could not quite find a way to drop a late goal that would have won the game.

Bath looked lively from the off but Homer missed a long-range penalty after five minutes and Newcastle regrouped.

When the home side gave away penalties in quick succession, the visitors were halted first on the catch-and-drive and again at close range before prop Vickers finally forced his way over.

Shortly afterwards it needed the TMO to rule against a touchdown in the corner by hooker George McGuigan as Bath reacted only just in time to a quick line-out move.

The line-out count of 6-1 against the home team told the story but when Newcastle were next to offend, they paid the price too.

Playing advantage, Ollie Devoto kicked speculatively across field, Rokoduguni could only volley the ball forward but picked up to score. Homer's conversion brought the sides level at 7-7 after 31 minutes.

Two minutes before the break Rokoduguni was across the line again. Louw, who had stayed out of a line-out ran straight over Juan Pablo Socino in midfield before finding Rokoduguni with a simple flat pass which left him a straight run to the corner.

Homer's conversion hit the post but so did Delany's penalty at the other end on the stroke of half-time, leaving Bath with a 12-7 lead.

They had to defend desperately to maintain that advantage after the break and won the put-in at a scrum just short of their own line. But referee Tim Wigglesworth penalised Davey Wilson at the reset and Delany kicked the goal.

Bath responded with a series of attacks down the right and eventually forced a penalty kicked by Homer but indiscipline continued to undermine the home side's efforts and Delany chipped over a 40-metre kick at the other end on 57 minutes.

Worse still, Louw went to the sin-bin for wrestling an opponent out of a maul by the neck. Even before he sat down, Bath were being penalised again in the loose and Delany pushed Newcastle 16-15 ahead from all of 50 metres. It was no more than the efforts of their pack deserved.

Bath went down to 13 when Thomas was yellow-carded for yet again killing the ball close to his line and Delany was not about to miss that kick.

Flashes of individual talent from Leroy Houston and Devoto hauled Bath back upfield to force a penalty and Homer made it a one-point game as Louw returned to the action, immediately winning a turnover penalty.

Newcastle also saw yellow when replacement hooker Scott Lawson upended Horacio Agulla and Homer edged Bath back in front at 21-19. Bath were soon back to 15 but the visitors were having to finish the game one man short.

Belisario Agulla, brother of the Bath wing, was just wide with a drop-goal attempt and Max Clark charged down another attempt by Delany. The Newcastle fly-half had one more chance but the kick was low and wide ensuring the Falcons road misery continued for another round.