Barritt revels in return to action 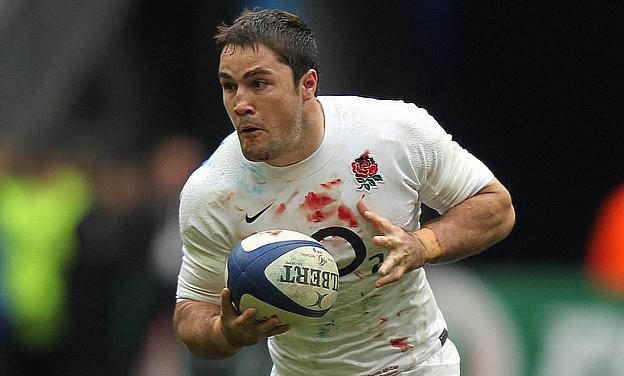 Brad Barritt looks ready to push hard for an England midfield place in this season's RBS 6 Nations Championship as he continues his impressive recovery from injury.

But he played a starring role on his first start for four months as Saracens reclaimed Aviva Premiership top spot from Northampton through a 29-8 demolition of Gloucester at Kingsholm.

Barritt and Northampton's Luther Burrell are expected to battle it out for one centre berth alongside Billy Twelvetrees ahead of England's Six Nations opener against France in Paris on February 1, although Twelvetrees' Gloucester colleague Henry Trinder also has his admirers.

"I am delighted. It is fantastic to be back," Barritt said.

"I am very grateful to the Saracens strength and conditioning department and physio department for working tirelessly to get me back and have me in good shape to hit the ground running.

"I was fortunate enough to go in (to the England camp) for a couple of days during the autumn. I popped in every Monday to keep in touch and chat about a few things. I have been well connected."

"For Brad to produce that level of performance having had 30 minutes of rugby since September is quite something. I thought he was outstanding," McCall said.

"He was brilliant. He passed the ball really well, too, and the combination with Marcelo Bosch in midfield was really good."

Barritt's assured display was indicative of a Saracens side playing with huge confidence and pinpoint accuracy.

They have collected 50 points from just 12 league games this term, and they now head to Heineken Cup rivals Toulouse next weekend with every chance of boosting their quarter-final hopes by claiming a famous triumph.

"To be part of a great performance like that was very special," added Barritt, reflecting on the Kingsholm display.

"Contributing to a good performance and a great away win for Saracens is what's important. We will now look to take the next step forward next week with a huge game away against Toulouse.

"We've made massive strides forward at Saracens in combining all phases of the game, and the small tweaks we have made to our attacking framework is paying dividends. Our play is a lot more tempo-based now.

"We scored three great tries, and there could have been a couple more had things gone a bit differently.

"This team is obviously very positive, playing some fantastic rugby, and we just want to keep that winning momentum up.

"And Allianz Park has been an immensely-positive thing for Saracens and for rugby in the UK. We were a bit like nomads last season, travelling around, but now to have a home and a pretty special place like that is paying huge dividends.

"We have built a fantastic squad."