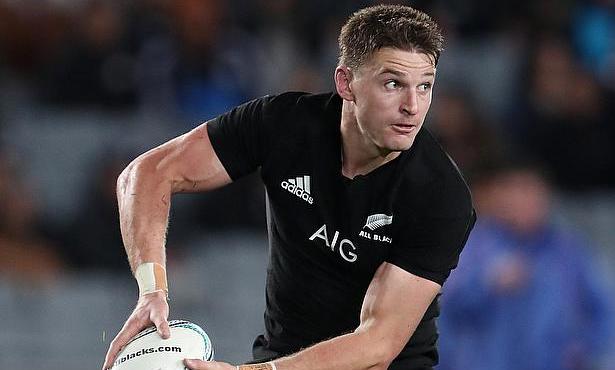 Barrett made his debut for the Hurricanes in 2011, named to start his 100th match for the side.
©PA

Beauden Barrett will play his 100th match for the Hurricanes and is set to become the 12th player in franchise history to notch 100 caps for the black and yellow when they host defending champions the Crusaders in Wellington on Saturday.

The 26-year-old All Black made his debut for the Hurricanes in 2011, and will join the likes of Dane Coles, Andrew Hore, Cory Jane, Ma'a Nonu, Julian Savea, Conrad Smith, Rodney So'oialo, Jeremy Thrush, Neemia Tialata, Tana Umaga and Victor Vito in the 100 caps club.

"Growing up I remember Dad playing for the club so it was always a dream to play a game for the Hurricanes and for it to be my hundredth this weekend is very special," Barrett said.

"I'm not going to let the occasion interfere with what we're there to do…I want to focus on what I'm there to do and that's to play well for the team."

The Hurricanes have named an unchanged starting line-up for Saturday night's Super Rugby clash with the Crusaders.