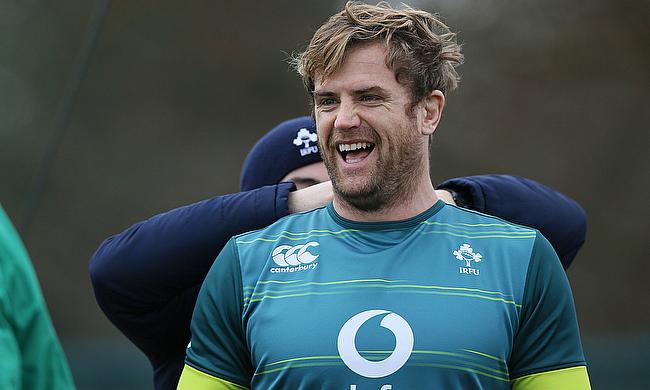 Jamie Heaslip has been forced to retire
©Brian Lawless/PA

The decision follows after the 34-year-old failed to recover from a series of back problem since he sustained a lower back injury in the warm-up sessions ahead of Ireland's win over England in the 2017 Six Nations Championship.

Heaslip underwent a couple of major operations to address the issue but it went in vain and has now decided to quit the game to “ensure my future wellbeing”.

“Time will get us all but it has cornered me earlier than I had hoped,” Heaslip said in a statement.

“Every professional sportsperson always hopes to be able to leave their chosen sport on their terms but too often that’s not the case.

“I have had to take on board the medical advice that I have been given and after talking to Sheena and my family I have taken the difficult decision to retire with immediate effect in order to ensure my future well being.

“I’m very proud to finish my career as a one club man having played amongst some of the best in the game, who are all like a family to me.

“I’ve had the time of my life on and off the rugby pitch but now it’s time for the next chapter.”

Heaslip's professional rugby debut came with Leinster in 2005 and he remained with the Dublin outfit for 13 years.

His Ireland debut came in 2006 and has racked up 100 Test appearances including five for British and Irish Lions in their 2009 and 2013 tours of South Africa and Australia respectively.