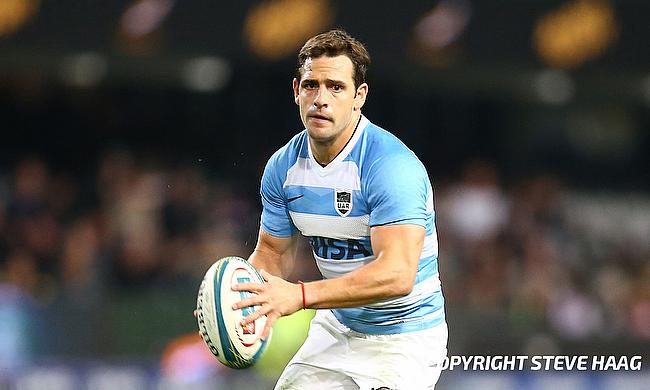 Argentina signed off from the ongoing Rugby World Cup on a high after beating USA with a 47-17 bonus-point win in their Pool C encounter at Kumagaya Rugby Stadium on Wednesday.

Despite, the victory, Argentina could manage only 11 points from their four games in the opening round and will miss the quarter-finals while USA suffered their third successive defeat and will face Tonga in their final game of the campaign.

USA suffered a setback early in the game with Paul Lasike leaving the field in the third minute with a blood injury but he managed to return back with a big bandage on his head by the eighth minute.

As both the teams were desperate to get the first points on the board, it was Argentina, who opened their account with Nicolas Sanchez combining with Juan Cruz Mallia to score the opening try despite efforts from Mike Te'o. The fly-half also slotted the conversion to take them to a 7-0 lead.

The Pumas doubled their tally by the 25th minute when a chip kick from Sanchez beats Te'o allowing Joaquin Tuculet to cross over with the score becoming 14-0 after the conversion. USA tried to attack Argentina but could not translate it to points but Mario Ledesma's soon went on to get their third try as they went for the corner after an infringement from the opposition and Tuculet dived over the line for the second time in the game taking their lead to 19 points. Sanchez missed the conversion this time.

Just as the half-time was approaching, USA finally got the breakthrough when a grubber kick from AJ MacGinty was capitalised by the winger Blaine Scully as he dived in the corner as the teams went into the break with a 19-5 scoreline.

Mario Ledesma's men were quick to get off the block in the second half with Mallia touching down in the 44th minute and four minutes later he got his second after cutting a lovely line from a short lineout breaching the defence of USA. Sanchez converted both the tries taking Argentina's lead to 33-5.

There was no respite whatsoever for USA with Argentina finding their sixth try after an inside pass from Santiago Carreras found Jeronimo de la Fuente on his way to the try line and with Sanchez kicking the extras once again the scoreline increased to 40-5 before Lasike dived over the line and the referee awarded the try for USA after a consultation with a TMO. MacGinty's conversion took the scoreline to 40-12.

With just 10 minutes left in the game, Argentina were unwilling to step back as Mallia set up Gonzalo Bertranou to score through and this time replacement Ben Urdapilleta kicked the conversion before Scully's second in the final minute provided something to cheer for USA as they went down with a 30-point defeat.