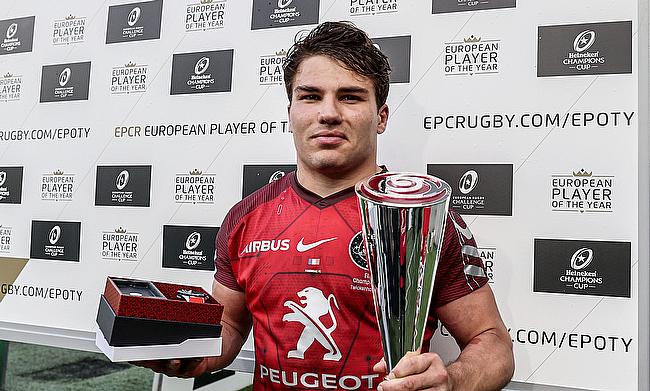 Last Saturday marked 10 years to the day since France lost in the Rugby World Cup final against New Zealand.

Played in front of a packed-out Eden Park in Auckland, Thierry Dusautoir may have been named as man of the match, but Tony Woodcock’s try, and Stephen Donald’s penalty, were enough to wipe out the French captain’s converted score.

For several years after, France’s efforts on the world stage were, at best, mediocre. Perhaps the lowest moment was their 62-13 loss to the All Blacks in the 2015 Rugby World Cup quarter-finals, the side looking further away from the Webb Ellis Cup than ever before.

Since then, Guy Noves and Jacques Brunel have taken stabs at guiding France to the top, but to no avail. Having reached three World Cup finals in the tournament’s history, there is now a real hope that Les Bleus can win the big prize on home soil under Fabien Galthie in two years time.

In 2020, Antoine Dupont was crowned the Six Nations Player of the Tournament, whilst Charles Ollivon took on the role of captain and Romain Ntamack became an overnight sensation as France finished second overall.

Then, in 2021, Galthie’s side finished runners-up again, but they were a win and points difference away from a potential first Six Nations crown since 2010.

France then travelled to Australia this summer, losing their Test series 2-1, and Dupont watched from afar as he took a well-deserved break following a highly successful season.

Winning a Champions Cup and Top 14 title with Toulouse, the 24-year-old was also named as the player of each competition. The scrum-half is widely considered as the best player in the world and he has now been entrusted with captaining his country due to an injury to Ollivon.

Virimi Vakatawa has also been ruled out of the Autumn Nations Series, meaning there will be added weight on Dupont’s shoulders.

“I am very proud to be representing my country,” he said, “but it is also the continuation of a project that has been two years in the works.”

With the responsibility of leading his country, regardless of his individual successes, the scrum-half is hopeful that his performances won’t suffer as a result.

“I think if the staff chose me, it is for me,” Dupont continued. “It is for my way of being and I don’t think things will change. I think I will still be able to focus on my game. I hope it won’t change.

Playing Argentina, Georgia, and New Zealand across November, each game will test the French as they continue building towards their home World Cup.

Part of what has made the nation so frustrating to watch is their lack of consistency. This has seen them go from brilliant performances to average displays in the blink of an eye, so building a regularity amongst the playing group is important with the World Cup in mind.

This is perhaps most evident when you look at Dupont and Ntamack bringing their relationship from Toulouse to the international environment.

Matthieu Jalibert has also formed a strong bond with Dupont, with Ntamack having his injury concerns of late, but with the likes of Gael Fickou, Vakatawa and Brice Dulin regularly in the back line, that is when France have thrived.

There has never been a lack of Gallic flair amongst those playing their home Tests at the Stade de France, but Dupont knows the importance of balancing those elements with being cohesive during this autumn block of fixtures.

“I think we need to be more coherent during games,” Dupont said. “We are able to do good things – we know that – sometimes we are a bit at a loss, so the challenge (this autumn) will be to stay consistent and coherent throughout the championship.”