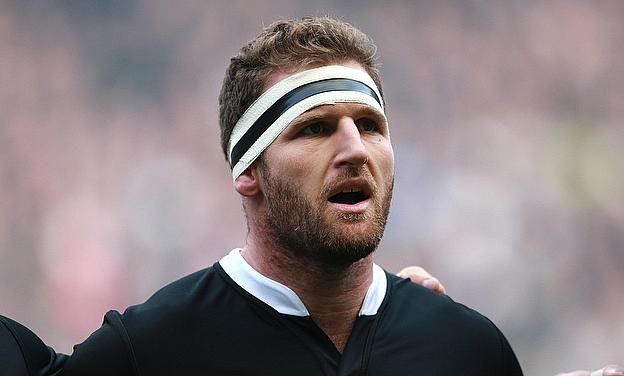 Kieran Read will miss out this weekend
©PA

Pick Your Team - All Blacks vs. England
All Blacks Set to Face the USA
All Blacks Name England Training Squad
WIlkinson had huge influence on Carter

England have had a slight boost to their chances in New Zealand, as 2013 World Player of the Year Kieran Read will miss the first Test of the tour in Auckland.

All Blacks head coach Steve Hansen revealed that Read, who has been side-lined since April with concussion, woke up on Monday morning "not feeling the best".

The reigning IRB Player of the Year has been an instrumental leader for the New Zealand team throughout all of their success of the last few years.

However, after making his playing comeback for the Crusaders on Saturday, Read suffered a recurrence of the symptoms that have troubled him for the last month.

A doubt now hangs over the number eight's involvement in the series, while prolific wing Julian Savea is also a doubt for the opener due to a knee problem.

"We're not prepared to risk him playing and that's our decision, not his, and we'll progress that day by day," Hansen said of Read's situation.

"Long term I'm not too concerned, but we're just not prepared risk him this week.

"He's frustrated, as you would be, but we're very lucky we've got capable people who can fill his place.

"Jerome Kaino and Victor Vito have been performing very well and Liam Messam is an incumbent. We've got some good people to step up."

Steven Luatua has been drafted into New Zealand's training squad for Saturday to cover for Read.

The All Blacks have also lost openside Sam Cane to a knee injury for the series, although he was not expected to feature in the matchday 23. Matt Todd has been called up to plug the gap.

Savea will undergo a scan on Tuesday, with a decision on his availability made in time for Thursday's team announcement.

Read's loss will be keenly felt with the free-roaming back row among New Zealand's most influential players, but Hansen refuses to overstate the impact his absence will have.

"Losing players is only disruptive if we allow it to be. Rugby is a contact sport, we're going to have people get injured and we just have to deal with that," Hansen said.

New Zealand's unfamiliarity with English rugby was evident on Tuesday when lock Brodie Retallick was unable to name one member of Stuart Lancaster's touring party.

Asked if he knew any England player ahead of Saturday's series opener, Retallick responded "a couple". When pressed for a name, the second row said "Michael Lawes".

Retallick appeared to be mean Courtney Lawes, who is en route to New Zealand having helped Northampton win the Aviva Premiership final last weekend and is unavailable for the first Test.

"Everyone is expecting a massive match, physically and in skill terms. It will be a tough match," Retallick said.

"We've only had one week together as a team. We need to start well and carry on from there. We don't want a rusty start and then be playing catch-up footy."