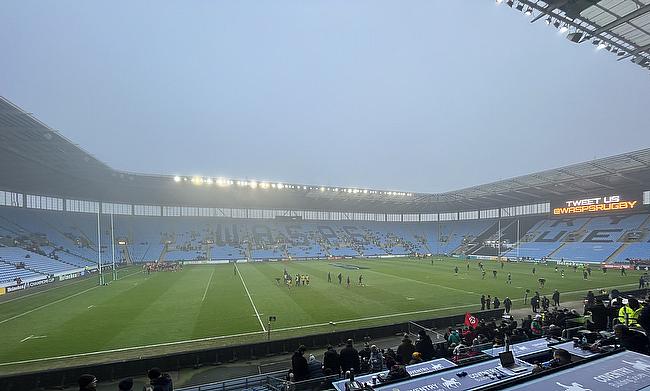 Confidence in their processes - Why Northampton are looking to the future with optimism
George Ford named Gallagher Premiership rugby player of the month for December
Rugby Rumours: Bath for Patchell, Loosing All Blacks, Watson a Wasp and Lawrence Leaves
EPCR cancels postponed round two European matches

Despite Jacob Umaga receiving a red card in the first half, Wasps overcame current European champions, Toulouse at the Coventry Building Society Arena

Whilst the opening minutes were dominated by Toulouse, it was Wasps that went in with the lead at half-time. Francois Cros opened the scoring in the opening exchanges, Ugo Mola’s team for a time finding gaps with relative ease.

As the excitement of those early advances wore off and the French side’s penalty count began to rise, the hosts pinned themselves deep in their opposition’s territory, yielding tries for both Biyi Alo and Brad Shields.

With Jimmy Gopperth kicking both conversions, Lee Blackett’s team held a lead that seemed unlikely from the opening whistle. Chanced seemed to come and go, yet Toulouse didn’t fall any further behind.

On another break by the incumbent Heineken Champions Cup holders led to that Umaga red card. His first game back since a red card against London Irish, Umaga landed a shot on stand-in scrum-half Martin Page Relo, the pair connecting heads in the impact.

Charlie Atkinson was in the process of bringing down his fellow half-back, bringing the Frenchman to his knee before contact was made by the England international. When the red card was brandished, from the players there was little disagreement, but the crowd made their thoughts on the debacle clear.

Before the half was over, each side would kick a penalty each, Thomas Ramos and Jimmy Gopperth the men entrusted with keeping the score line ticking over.

There was a deadlock after the break. Each side prodded at one another, but no gaps could be found. The clash burst into life as a result of another refereeing decision. Alfie Barbeary dragged down, Anthony Jelonch making contact with the England hopeful’s head in much the same way that led to Umaga’s dismissal.

As Busby deliberated with his TMI, Brian MacNeice, the crowd grew restless. For consistency’s sake you would have expected a red for the France international. Instead it was yellow, much to the dismay of the home faithful, and – probably – Umaga.

“We’ll look at ourselves. We've got to lower our height, that tackle assist guy. It's difficult when people are changing direction, but we've got to make sure we look at our height. We're not going to look at anyone else.

“As long as we lower our height, we don't bring in the interpretation of the referee. For the second one, it looked aggressive.

“Without listening to what the referee said I can see why he would yellow because there was probably a fraction of mitigation with him going down, but it could easily have been red.”

Toulouse responded to being a man down in the best possible way, scoring through hooker Peato Mauvaka. Ramos’ failed to convert, an error that seemed to pale in comparison to the task Stade found themselves with after Barbeary was bundled over the whitewash by Rodrigo Martinez on the right touchline.

There were some close calls late after, Wasps disrupting a lineout maul five meters out and their visitors not given a try for travelling too much on the floor. Gopperth was handed two opportunities to put the game beyond doubt, his first attempt some ways short, the second confirming the win for the West Midlanders.

With Eddie Jones announcing his England squad for the Six Nations on Tuesday, thoughts are never too far away from selection at this time. One player in particular to have stepped to the fore for Wasps these last weeks is Alfie Barbeary.

Last weekend against Leicester the 21-year-old was on top form and showed even more in his Player of the Mach performance against the incumbent European champions.

Earlier in the week Lee Blackett said he felt the converted hooker had done enough to be in Jones’ squad.

“You want to test these guys against the best, don’t you?” Blackett said. “You could see what he was made of today, I still think there is loads for Alf to improve, I really do.

“I think there is little bits of his game, the potential of him - he is already delivering on his potential - but, it is the big moments, it is coming up with big moments at times, and that is what you want from your players.”