A rivalry ready for its next chapter: The journey of Rams RFC and Chinnor 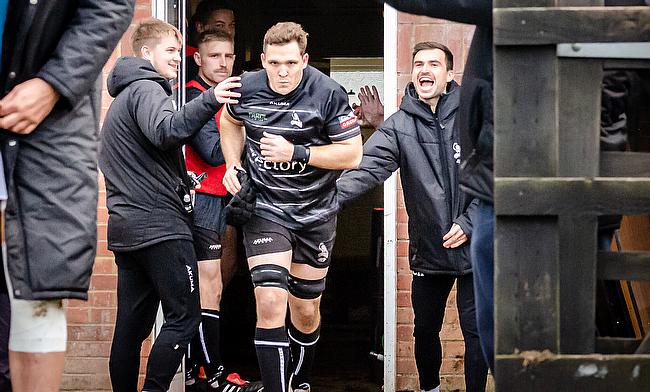 When the nights start to draw in and the temperatures begin to creep into the minuses, you know you’re approaching the Christmas period.

Fixtures start in daylight and end in darkness, and clubhouses are packed to the rafters as players, coaching staff and supporters alike begin to look forward to the festive break.

And usually, that time of the year is bookended by National League derby day clashes just to add to the jollities.

For Rams RFC and Chinnor, their local rivalry is never a small occasion and they had originally requested their first meeting of the 2021/22 season to be played on the final Friday before the Christmas interlude.

However, plans at Old Bath Road had to be put on hold as Covid-19 intervened. It meant back in December, Rams’ home ground resembled a sleepy town rather than the abundance of energy and noise everyone connected to the fixture would have experienced.

But three months on, these two National League clubs - who have risen through the divisions together - will finally lock horns this coming Friday as they prepare to meet for the first time since January 2020.

“We did face them in a pre-season game which was ages ago, but there was still a bit of edge to it so actually coming into the league game now, I am buzzing to play,” says Chinnor’s Ben Manning. “I think in terms of the overall record, I think they might just have the edge on us in National One so it would be good to get one back on them on Friday particularly under the lights as well.”

Fixtures between Rams and Chinnor have certainly grown in size over the last few years, largely thanks to the steps both clubs have taken. Chinnor are yet to beat the Berkshire outfit in National One, but heading into Friday, it is four victories apiece since they both joined the National Leagues.

“It has been ages hasn’t it?!” Rams scrum-half Ollie Cole adds. “I haven’t played them in probably about two-and-a-bit years so I can’t wait! I remember playing them when I was growing up and they are always a good side to play. It is always a bit of a tasty one!”

Manning tells us that there is that “respect” between the two teams and it is instantly recognisable when chatting to the Chinnor forward as well as Rams’ No.9.

Perhaps this nod of appreciation is down to the fact the teams have never been too far behind one another since the 2015/16 campaign.

Chinnor entered that particular term on the back of a sixth-placed finish and in a season where they were beaten twice by Rams, the Black and Whites replicated that league position. A year later, they missed out on the play-offs by virtue of ‘Games Won’ to Old Elthamians before 2017/18 saw them create history by clinching promotion to the third-tier.

“That season was a special season,” Manning reflects. “Any season when you are part of a promotion be it via a play-off or you win the league, you take that with you forever, to be honest. I could tell you all the players that played in that game for Chinnor. Everyone from who was a travelling reserve to starting tighthead. I guess no words like winning promotion can do it justice.”

It isn’t a surprise to hear the 31-year-old say he remembers every detail about their 40-31 play-off victory over National Two North outfit Sedgley Park as the forward scored a beautiful try to help his side to glory.

The flanker joined the Black and Whites in 2014 and went on to make 146 appearances for the club before moving to Championship side London Scottish in 2020. However, the impact of the pandemic led to Manning “coming back home” at the beginning of this term, Chinnor’s third year in National One.

“In terms of what has been built from when I first got here, Simon [Vickers] [Chairman] he has obviously put in a lot of investment along with the rest of the board,” Manning adds. “John Ashfield our club president, he has created this environment and helped us get to where we are and stay where we are. There is a lot of people that were hugely involved in that promotion success that are due a lot of credit.”

It is clear listening to Manning how passionate he is about the club. When he first arrived, Chinnor had only been in National Two South for two years whilst at that point, Rams were in South West 3.

Where Seb Reynolds’ side were to where they find themselves now must still feel like a different universe at times. Cole joined Rams as a 17-year-old at the beginning of the club’s second season in National Two South and even then, the scrum-half could tell they were quietly building something special.

“I can’t speak for the ones that came up from Nat 3, but I remember joining in National Two and we finished sixth in my first year. I just remember feeling a different kind of buzz. You knew we were building something good and it felt like it was only a matter of time before taking the next step was going to happen. You still get that buzz now. Boys still want to push on and push to be the best now to see how good we can be.

“The standard of everything has just gone up bit by bit. Sometimes you don’t think it can, but it just gets raised up. Gary Reynolds [Rams RFC CEO] always speaks about those little percentages. Even in training when it is a friendly touch game, we are on the limit. Everyone is competitive and it just brings the best out of you. Off the pitch, everyone is just best mates. The ethos of promoting from within has remained the same and it is brilliant.”

There are regular reminders for Manning and Cole of how far both teams have come. Kieran Goss, Chinnor’s full-back, is the only other survivor from their play-off winning side whilst at Rams, players such as James Baker and Robbie Stapley continue to rack up the appearances with coaches Seb Reynolds, Owen Root and Paddy Conlon almost engrained into the fabric of the club.

Rams went on to win the title in 2018/19 which meant their meetings with Chinnor recommenced and it is a rivalry that has been bubbling away nicely for over a decade, ever since both clubs were in the fifth tier of English rugby.

The Berkshire side did finish above their local rivals in the curtailed 2019/20 campaign and as mentioned previously, they did beat Chinnor the last time the teams faced each other.

Ollie Taylor’s last-gasp try helped Rams secure a 21-17 victory under the lights at Kingsey Road and the result is still fresh in the memories of Manning and Cole.

“Last time we played on a Friday night, it was a hell of a game,” Manning admits.” "It is actually one of those games where there is a lot of passion from the fans and you could sense it that night. Those are the games you want to play in. Those are the ones you grow up thinking you want to play in, even at this level, in front of a lot of fans because there is a great atmosphere.”

“I remember when we played them at our place at the start of our National One season,” Cole adds. “I think we went 14-0 down at one point. Seb gave us a little bit of a talking to and we went back out there and got the job done! That was a special one. Then at their place, we stole their line-out right at the last play when they were on our line, that was pretty incredible!" 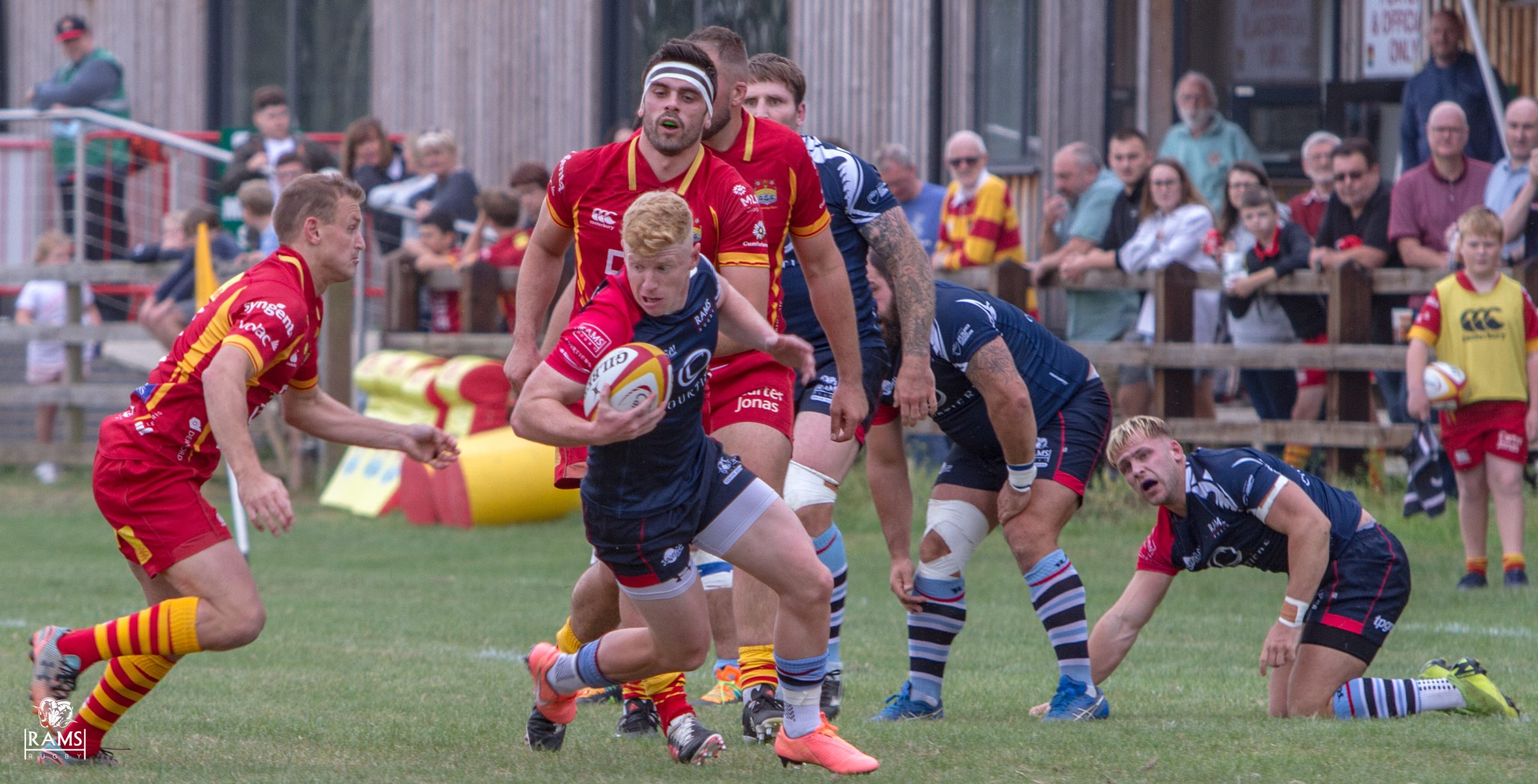 And after almost exactly a 26-month absence without this local derby, Rams and Chinnor are ready to resume their rivalry and will do so in front of the National League cameras.

With the game becoming the first-ever National League fixture to be live-streamed, it only adds to the derby day feeling as Rams look to bounce back from a recent defeat to Sale FC whilst Chinnor arrive at Old Bath Road on the back of two straight wins.

“There has always been a rivalry between the two clubs, but obviously that has become a bit bigger because of where we are now,” Manning says. “When they came up into National Two some time ago now, we had a few old Chinnor players there that had grown up as a mini at Chinnor. They let us know that these guys are our local derby and they instilled in us what it meant to them. These games mean a lot.”

“My first proper derby game was probably Henley when we got promoted to National Two South,” adds Cole. “I remember I was on the bench, but you knew fixtures like that and against Chinnor brought a different atmosphere. With it being a derby game, there is that little bit more pressure, a bit more competitiveness and you just get up for it a bit more. You don’t have to worry about getting a bit of adrenaline because you have got it and it will be the same on Friday.”

Even now, a single position in the current National One standings separates Rams and Chinnor. The clubs have seemingly followed similar paths up to this point and now the next chapter in their respective journeys is ready to be written.