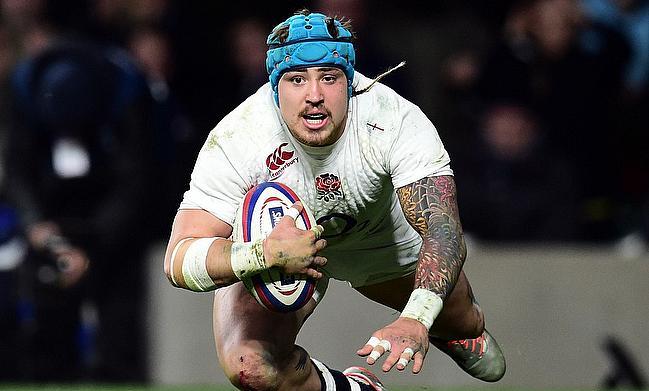 Perhaps more than ever, England and Ireland’s clash in the Guinness Six Nations will be hugely decisive in how each team’s campaign will be viewed at the end of March.

As things stand, Andy Farrell’s Ireland are second in the Six Nations table, three points behind the championship leaders, France, and one point ahead of England.

A three-horse race, a win for either side will send them into the final weekend’s action with the possibility of winning the tournament, England’s clash with Fabien Galthie’s side at the Stade de France the decisive fixture in the competition.

In Ireland, England have an opposition that have taken apart Wales, hardly broken up a sweat against Italy and have lost to France.

Of course, England began their campaign with a loss to Scotland in Murrayfield, before a dominant performance over Italy in Rome and most recently, a 23-19 win over Wales.

A similar thread throughout England’s performance so far is how they have fallen away in the second half. Starting fast in each game, space has opened up for opposition as the game has carried on into the final quarter, the speed at which England want to play outpacing even themselves.

How England are playing the game at present is very much at the epicentre of this ‘New England’. Primarily led by the introduction of Martin Gleeson as Attack Coach following his time with Wasps, England impressed massively in the Autumn Nations Series, beating Tonga, Australia and South Africa at the end of last year.

“There have been times with England, and I think we will all admit it and we have all seen it, where we could have had chances to go [and score], maybe we have dropped a kick, we’ve done a box-kick, kicked it downfield,” Jack Nowell said.

“The game changes and different teams we play against, but we are being backed by the coaches, and the players we have in the squad now, to if we see that chance to go, doesn’t matter where on the field we want to try and give it a go and give ourselves a good chance of attacking and getting ourselves down there.

“There were times against Wales where we done that, but then it is just that next step on, especially when we get into the 22m, it is probably picking that up a little bit as well. I think it is just having that awareness of when to go.

“The chat is important for that, but when you have got players like we have got in the squad at the minute, you look at Harry Randall at Bristol, what he is doing, you need to give boys like that time to do what they want to do what they are best at.

“Marcus Smith, he has been doing that the whole time at Quins, these boys do their game and let them play on it, and obviously I’m in the position where I am hopefully lucky enough to pick up on the end of them and run around with them. I think it is good and I think people want to see it. That is the exciting thing for us.”

A lot of this ‘New England’ hinges on the success of its half-backs. In years gone by, both Owen Farrell and George Ford have pulled the strings from fly-half, whilst Ben Youngs has been the scrum-half elect.

In the cases of those three, they are out and out game managers, not exactly the architects of a free and opportunistic attack, which many are hoping to propel England to a second Rugby World Cup title in France next year.

In Marcus Smith and Harry Randall, the keys to this attack look to have been found. For Harlequins and Bristol Bears, the duo have been mesmeric, unlocking opposition defences with a relative ease, the former picking up a Premiership title last year, whilst Randall has operated in one of the top-flight’s most potent backlines.

Getting their first opportunity to play with one another in the summer, when England played the USA and Canada, Randall says that he and Smith are still nurturing their partnership after limited time playing together.

“I have played four games or so with him now,” he said. “We are slowly getting there, game by game. Hopefully we can have a good connection if we get the chance to play with each other more.

“Training is probably the best place to keep on top of that, always sitting down after training, going through clips and talking to each other about what you want and what they want. I suppose you get out what you put into it really.”

A landmark moment in how England will choose to operate going forward was indicated in the selection of Randall over Ben Youngs against Wales. Early on the reasons why could be seen, the 24-year-old keeping the Wales defensive line on their toes early on, Young’s coming on to take the men’s caps record later on in the clash.

For Ireland, you’d be hard-pressed to think much different about selection such was the effectiveness of the attack, particularly in the opening three quarters, before turning to game managers Youngs, Ford and Farrell.

The challenge at hand is not lost on England. Having lost on the opening weekend, only wins will do from this point until the tournament’s conclusion in two weeks’ time, the team’s objective never clearer in the light of their earlier misdoings.

“By losing that game against Scotland, every single game is now a must win,” Nowell said. “Every game in the Six Nations is a must win.

Can't say enough how much I enjoyed speaking to @nowellsy15 about his world of rugby.

From injuries to spending more time at home with his family, please do give this long read a look on TRU.

“We know now you have literally got to go out every single weekend and give it everything. There is no holding back, especially the way it has come now, we have had Wales, we have got Ireland and we have got France, there, almost the tougher games in the tournament.

“If anything, it has cleared it up for us. We know that if we don’t win, it is done. You don’t normally win a Six Nations losing two games, so we know that you have literally got to give everything every single week into each game and hope the rest will look after itself.

“We can’t really look at other results and stuff right now, we have literally got to focus on our own jobs and just winning that game we are coming up against.”