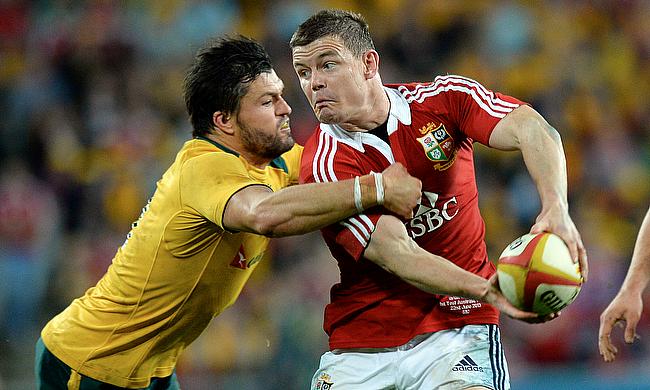 Rugby legend Brian O’Driscoll believes that togetherness is key in order for the British and Irish Lions to have a successful tour.

The Irishman was part of the 2013 winning tour of Australia and captained the Lions the last time they visited New Zealand 12 years ago.

O’Driscoll also featured in 2001 and 2009 for the Lions and he still speaks passionately about pulling on the famous red jersey.

The current crop of Lions players departed for New Zealand over the weekend looking to create history and O’Driscoll insists that unity in Warren Gatland’s squad is vital if they are to defeat the All Blacks.

“The Lions is about buying in to it. What you give is what you get back and you have to leave your nationality at the door and you have to become a Lion,” said the Thomas Pink ambassador.

“You have to avoid looking at what you have done with your international side and take on board what your new coaches teach you so you can embed yourself into a Lions tour.”

He added: “You do have your preconceived notions about new teammates. Mike Phillips was an example for me but he was a completely different person to who I thought he was!

“He was my first roomy in 2009. Once I got over the repeated question of ‘So, do you live near Bono?’ it was great because you get to know the person rather than basing your opinions on something else!

“I also remember in 2001, we had just completed our first week of training and I wasn’t selected for the first game. Someone said ‘Who wants to go out for a walk and a coffee?’ and about five or six of us went out.

“Thirty-five minutes in, I realised I was the only Irishmen there and for me, that was the first realisation that I was a Lion and I had completely embraced what the ethos was all about.”

Four years ago, that team spirit which O’Driscoll eludes to was clear for all to see and Gatland will be hoping for more of the same as he and the Lions prepare for a gruelling series against the World Champions.

The Lions begin their tour this Saturday against the Provincial Barbarians and then play five more warm-up matches, including for games against Kiwi Super Rugby franchises, before the first Test against the All Blacks on June 24th.

There has been a lot of talk about the Lions’ heavy schedule in the lead up to that first Test at Eden Park, but 1997 tour winner Neil Back insists that is it is all about pulling together as a team no matter how long a tour may be.

“The management are smart, said the England World Cup winner. “ When you get in a room, the first thing they give you is a Lions polo shirt. You put it on and instead of looking around at different nations; you are looking at one team.  You’re looking at a fellow Lion.

“I also think the competition for places makes the dynamic fantastic. For a successful Lions tour, you have to go with the attitude of ‘whatever it takes, you will do for the team’ and that certainly applies to when you are selected for the midweek team.

“You give it you’re all to put in your best performance because you know your rival has been picked for the weekend side and potentially the test side, but you also do your upmost to support him.  The rivalry is there, but to have a successful tour you need to be committed and buy into what the Lions are all about.”