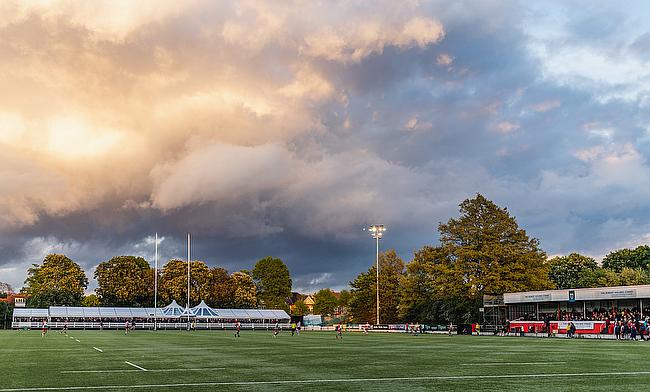 Rams deliver against Cinderford, Hull stun Sedge and Hinckley sting Worthing
Friday night lights and more top of the table clashes set up another eye-catching weekend
Stourbridge snatch it off Sedge and it is all change again in National Two South
National Two title races set for latest twist as league campaign resumes

Rosslyn Park have become one of the first National League Rugby clubs to begin cardiac screening their players to ensure that every opportunity is given to safeguard against heart abnormalities.

The topic was of course in the spotlight during the summer when Christian Eriksen collapsed on the pitch playing for Denmark in the European Championships.

This difficult and complex subject continues to be highlighted in football in particular, with Barcelona star Sergio Aguero being substituted last month for what turned out to be a potentially life-changing heart problem.

There are similar stories from all levels of football surrounding heart issues, but the scheme which National One side Rosslyn Park are undertaking is something the club had been thinking about for over 12 months.

Managing Director Dom Shabbo has been a driving force behind the programme.

“It has been on our radar for quite some time now,” says Shabbo. “Our medical team here flagged it up probably over a year ago so prior to what happened at the Euros around Christian Eriksen.

“Subsequently though, we have jumped into gear a little bit quicker than we were planning on doing. We were looking to fundraise in order to cover the screening costs, but we are now fast-tracking that so the club will fund it themselves and look to raise the funds later in the year.”

With the assistance of Cardio Vascular Diagnostics, an organisation comprising of specialist physiologists and cardiac nurses, Rosslyn Park have already been able to screen 63 players across their four adult men’s sides as well as their women’s netball team.

With the initial cost being £60 per screening, Shabbo admits it will be a lengthy process but a beneficial one for all involved with the club.

“The Richmond Heavies Foundation put us in touch with the organisation and they have already been over to the club to screen our players,” adds Shabbo, who estimates around 40 members of Park’s first-team were screened earlier this month.

“That was our first round of testing at the beginning of November and we will be offering further tests for those who couldn’t make it later in the year.

“It is great that we have started the process. It is not compulsory, but we want to give the opportunity to as many of our adult playing members as possible and that ranges from our first and second teams, our social sides and our netball side who have three teams as well.”

Shabbo was keen to stress the steps they are taking will help not only Park’s adult playing members, but everyone associated with the club.

In addition to this, Shabbo hopes the initiative will continue to increase the expertise around the subject which he only sees as a positive going forward.

“It is not just about our first team,” Shabbo says. “Putting the screening in place is subsequently putting it on the radar of our other teams and ensuring they get the screening they require as well. Going one step further, what we want to be doing is screening some of our youth side.

“Speaking to organisations who specialise in this, anyone over the age of 14 should be looking to get screened so we will be looking to offer this out at some stage. This isn’t a one-off thing for us and it is something we will be factoring into our programme and memberships going forward year on year.

“I think that will only be a good thing that our non-playing membership are aware of what we are trying to do for the player membership and hopefully they will support that. It is not just about Rosslyn Park. It’s the whole community as well.”

For Park, this process will be managed by their medical team and whilst screening is the first and very important step, Shabbo knows how crucial it is for the club to continue their work around the subject.

To add to their support on the pitch, all four corners of the Brickfields site now has vital lifesaving technology thanks to John and the team at @kcmlconsultants

Read all about it here - https://t.co/D3VihqEBcd#RestartAHeart

“The priority for us is the screening because I think we realise the importance of this. Speaking to organisations, out of 100 people, you might be looking at five to 10 per cent of people who have to have further testing and maybe one or two per cent of that might need to go further.

“Don’t get me wrong, it is a minority and we don’t want to scare anyone with these figures, but hopefully everyone knows we are giving them the opportunity to get screened to understand, if any, what conditions they have.

“We have about 300 adult playing members including our netball sides and then you add our youth membership in there so you are looking at 400 to 500 people who we want to screen.

“This a long process and quite an expensive one, but that is the priority at the moment to make sure we are able to fund it and we are able to screen everyone that wants to be screened. Once we have got a couple of years into that, then we will look at how we take this forward into other areas.”

Fellow National One outfit Plymouth Albion also recently received a defibrillator and CPR training for staff at the club following a donation from John Hooper and the team at Kernewek Commercial Management Limited (KCML).

It means all four corners of Albion's ground, Brickfields, will now be supplied with vital lifesaving technology and will help further raise awareness of the #RestartAHeart campaign.