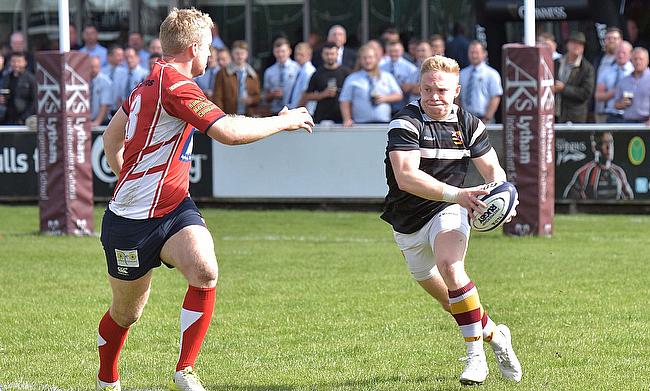 When it comes to the National Leagues, it seems like the narrative is the same every week but the competitiveness on display is making the early title battles hard to ignore.

Cinderford will be aware that their most recent success over Bishop’s Stortford was far from straightforward, but if they are going to challenge for the title this season, Paul Morris’ side won’t care how the victories come. Last weekend, the Foresters eventually shrugged off a stubborn Stortford in the final 10 minutes and their victory kept the league leaders seven points clear at the summit.

But Round 11’s trip to Old Bath Road will be a stringent test. After coming off second best against promotion hopefuls Rosslyn Park at the end of October, Cinderford will be keen to avoid a repeat when they take on fellow top spot candidates Rams RFC. This will be the first match in three weeks for Seb Reynolds’ men due to rest weekends and fixture scheduling, so the fourth-place side actually come into this Saturday on the back of two straight defeats. With Rams sitting 14 points behind Cinderford with a game in hand, is it too early to say this is a ‘must win’ for the Berkshire club if they are to keep their own title aspirations alight?

Cinderford’s lead at the top could be reduced before they even take to the field as second-placed Rosslyn Park kick off the National League weekend on Friday night against Blackheath. Kieran Power’s side have found their groove in their last three matches and now they have the table-toppers firmly in their crosshairs as the run-up to Christmas starts to take shape.

Park haven’t lost for over a month, but they will know London rivals Blackheath have the tools to cause them problems under the lights at The Rock. ‘Club’ have certainly kept their own supporters on the edge of their seats this term - with narrow scorelines an underlying theme of their campaign - but James Shanahan’s side produced arguably their performance of the season so far as they ran in six tries to defeat Taunton Titans last time out. Blackheath did beat their capital counterparts in this corresponding fixture back in September 2019, so can the men from Well Hall repeat that feat and dent Park’s title bid?

Whilst we have shone a light on a few of the National One title contenders, no one has been in better form than seventh-placed Cambridge since the beginning of October. Richie Williams’ charges have been going about their business very efficiently and enter Round 11 having picked up 24 points from their last six games. To put that into context, that makes up nearly 90 per cent of the total points they have accumulated this term.

The next assignment for the Blood and Sand is against Plymouth Albion, who jumped out of the bottom three following an extraordinary victory over Chinnor last weekend. Damian Welch’s men looked dead and buried heading into the final knockings at Kingsey Road, but three tries in six minutes saw Albion snatch a third win from their last four matches. Whilst their purple patch of results doesn’t eclipse Cambridge’s, things seem to be starting to click for a developing Plymouth side. This should be an intriguing contest at Brickfields.

The only perfect record in the National Leagues remained intact after Round 10 as Stourbridge lifted themselves to the summit of National Two North. A dramatic late penalty from Michael Heaney ensured Neil Mitchell’s side made it nine wins from nine, and given the victory was also against title rivals Sedgley Park (who were previously unbeaten), this was a statement of intent from the Midlands club.

Stour will now be looking to maintain - or ideally increase - their two-point gap at the top when they travel to local rivals Bournville on Saturday. Whilst just 13 miles separates the clubs, seven places and 22 points is the current distance between the two sides as they prepare to lock horns for their first-ever league meeting. The current crop of Chocos stars come into this derby day clash winless in six, so can they upset the odds to ignite their season again?

Last week would have felt like a crushing blow for Sedgley Park as they experienced their first loss of the campaign against fellow promotion hopefuls Stourbridge. The Tigers had clawed themselves back into the contest in the Midlands and it looked as though they were going to get over the line until some last-gasp drama.

The Lancashire outfit will have to dust themselves down and get ready for another top of the table battle when they host Hull in Round 11. The third-placed side are only three points behind leaders Stourbridge after producing a storming second-half display to see off Wharfedale last time out. Gary Pearce’s men are thoroughly enjoying their season, but to be cynical for a second, the Yorkshire club’s two defeats this term have come against title contenders - Stourbridge and Rotherham Titans - so can they overcome that particular hurdle to maintain their place in the leading pack?

It was a happy ending for @StourbridgeRFC on Saturday afternoon ??

Their dramatic late win over Sedgley Park sent them top of #Nat2n!

Missed the action? Catch all the biggest moments from Round 10 on The National League Rugby Review Show! ??

If one top-six battle wasn’t enough for you this weekend, well, here’s another one. Fylde (4th) and Hull Ionians (6th) meet at Woodlands on Saturday and these two old foes will be hoping to extend their respective winning streaks to three matches. The hosts were in a rampant mood once again in Round 10 and they head into this fixture averaging 6.3 tries per game and nine tries when playing at home.

We have to credit the club’s Twitter account for those stats and whilst the Lancashire side put 43 points on Sheffield Tigers last time out, Hull Ionians racked up half a century as they eventually raced away from a determined Blaydon. Only this weekend’s opponents and Sedgley Park have scored more points than the I’s this term, so it could be a try-fest in the North West in Round 11.

Fifth-placed Rotherham Titans will certainly be interested onlookers but know they have a job to do against Tynedale as Adam Byron takes charge of his first game for the club after the resignation of Steve Salvin.

Elsewhere in the division, Loughborough Students visit Harrogate and Chester return to action by travelling to Wharfedale whilst Sheffield Tigers go to Huddersfield and Luctonians, fresh from their win over Bournville, face Blaydon.

It is becoming increasingly difficult to predict the next twist in a fascinating National Two South title battle as the frontrunners continue to jostle for position. Last weekend, Redruth’s battling victory over Bury St Edmunds was enough to see them climb to the top of the standings, but given the lead has frequently changed hands in recent weeks, Nigel Hambly’s side know it will be a difficult challenge to stay there.

Tasked with containing the new league leaders are Canterbury, who will be keen to experience some more joy at The Marine Travel Ground. Following the postponement of their fixture against Hinckley in Round 10, the City Men come into this clash with Redruth in 12th place having lost just one of their last four games. Matt Corker’s side are slowly adjusting to life back in National Two South, and a victory over one of the many title contenders would keep them moving in the right direction.

Esher seem to be operating at maximum efficiency again following a mini dip in form. Following a three-game winless run, Peter Winterbottom’s side have picked up four victories on the spin and are currently only second in the table because Redruth have won more games than the Surrey outfit.

The National League Rugby cameras will be at Molesey Road this weekend to see whether the Eees can extend their good form and whilst confidence will be high, it won’t be a straightforward afternoon against an Old Albanian side who are also in good spirits. James Osborn’s men occupy fourth spot in the table and they are only two points behind Saturday’s opponents following their own four-match winning run. OA’s have also scored a whopping 217 points during that period so we should be in for an entertaining clash between two of the division’s most free-flowing sides.

A couple of standout moments from Round 10 which you may have missed…??

Subscribe to The National League Rugby Review Show to watch all the action from our divisions ?? https://t.co/UnmXIYjmgO pic.twitter.com/6dO0UgQg0a

It seems like it has been a frustrating few weeks for Worthing Raiders, but I am sure everyone at Roundstone Lane is putting things into perspective. The Sussex club slipped to their second defeat in three outings in Round 10 after Henley Hawks beat them, but the Raiders are still flying high despite their recent hiccups.

Worthing are one point off the top and they will want to get their title bid back on track when they take on Hinckley. The Midlands club were not involved last weekend so they make the voyage south searching for a second win on the trot. The Hornets (13th) produced an excellent display to see off Henley in their last fixture, and Hinckley will need to show some of that clinical edge once again if they are to get the better of their opposition in Round 11.