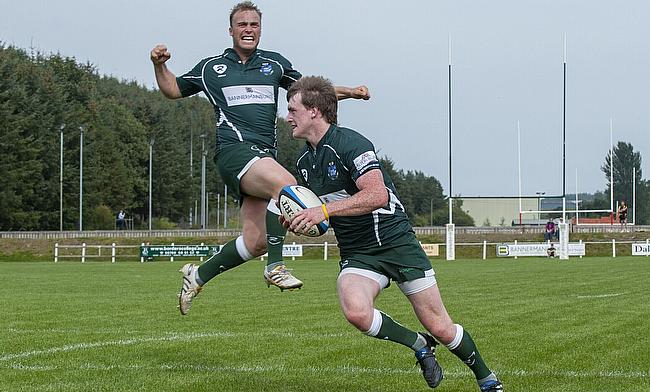 Stuart Hogg’s family have become used to the big occasions at BT Murrayfield over the last eight years since the full-back won his second Scotland cap - and first at home - there in 2012 against France in the Six Nations.

Since then, every time they have watched him play in Edinburgh for the national team, they have been occasions to savour but this Saturday’s Calcutta Cup clash with England will be extra special.

That is because it will be the first time the 27-year-old two-time British & Irish Lions tourist from Hawick will be captain of his country on home turf.

He first took the armband in the USA in 2018 before being given the role on a permanent basis ahead of this year’s Six Nations having asked head coach Gregor Townsend if he could take on the responsibility post-World Cup.

Last weekend, in their tournament opener, Scotland lost 19-12 in Ireland, but put in an improved performance against Ireland and are now out to back up their 2018 win and 2019 draw against England.


“Stuart is a ball of energy,” older brother Graham Hogg, who himself played age-grade rugby for his country and for Scotland Sevens, told TRU.

“Sometimes when we were growing up and I was older his energy got a bit too much for me, he seriously never stopped playing sport or running about the house!

“Seriously though, I think it is that energy that has got him to where he is in his career now and from listening to all the interviews with him over the last couple of weeks it has become clear to a wider audience just how much desire he has for Scotland to get better and how much work he will put in to make sure that happens.

“Myself and the wider family have always known he has had that drive and there will be a lot of us up in Edinburgh on Saturday in the stands at Murrayfield as he leads the team out at home for the first time and it’ll be a very proud moment.

“His passion always shines through out there on the pitch and you could see last week in Dublin just how he was leading his troops with a real commitment and good communication and I am sure that will continue on Saturday and throughout this Six Nations and beyond.”

Stuart made his breakthrough into senior rugby at the end of the 2008/2009 season when he was just 16 on the Borders Sevens circuit.

He started the day at his first tournament - the Berwick Sevens at Scremerston - playing for Hawick YM, but once they were knocked out and Hawick had an injury he was called into ‘The Greens’ squad for the rest of the event.

“Before the day at Berwick, our cousin had come down to the house to borrow some boots and he was playing for the YM that day,” Graham said.

“He explained to Stuart that they were short of a player and asked if he was keen. He had never played senior rugby before, but he was just buzzing to get involved and after two ties with them and then us getting an injury, we brought him into our squad.

“I was captain of Hawick that day so it is an experience we look back on fondly, although Stuart had a terrible haircut!

“After that, we played another two or three sevens tournaments for Hawick together in the next few weeks and then we maybe played nine or 10 XVs games together in the Hawick first team.

“I was at 12 and he was at 13 in those days so that was nice to play together in the centres and you could tell even at age 17, by then, he was different than what we had in club rugby in Scotland at the time - a real talent.

“The rest, as they say, is history and it has been brilliant watching and being a part of his journey to where he is now with the Exeter Chiefs and Scotland.”

While Stuart’s challenge is very much on the pitch these days, Graham’s next challenge will be on a bike.

He has recently set up Make Minds Move with ex-G-Force team mate Adam Clayton and in May. they will be taking part in a charity cycle.

After going through tough injuries in their own rugby careers, Graham and Adam both suffered mental health issues and understand the huge impact it can have on life for thousands of men each day.

Two core pillars of sport are communication and challenge which is why both have agreed that sharing tales and challenging themselves both mentally and physically is key to maintaining a healthy mind.

“That’s why Make Minds Move was created, to get men across the country moving their bodies and minds together, telling tales as they go,” Graham said ahead of their first event in three months time. 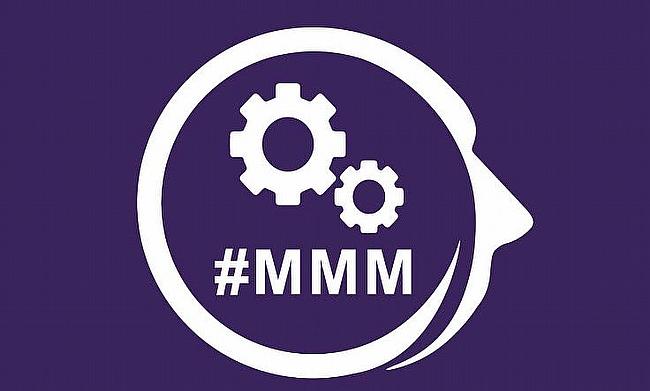 “Last September/October, I had moved back to Hawick and was helping my mate by working on his farm. It was something completely different for me, but it gave me time to think out in the fresh air and that is really when the concept started to grow arms and legs.

“I got in touch with Stuart to talk to him about wanting to do something out of my comfort zone. I was thinking of getting on a bike and I knew he had a really good one so I asked if I could borrow it at some point and he said ‘no problem, but it is in Exeter’, so that got me thinking I could set up a challenge of cycling from Exeter up north.

“Adam was my captain when I played down south at G-Force in East Grinstead and I gave him a call because I knew he was involved in events and could help me perhaps get the cycling challenge off the ground.

“He was keen to help and we also got chatting about mental health issues that we had both faced in our careers. We both played at good levels, but went through a lot of different things and we are really passionate about trying to help guys who are transitioning out of rugby and the younger generation coming through.

“We don’t want them to get as low as we were at one stage and we hope that Make Minds Move can get more guys talking with their team mates and their former team mates as well as opening up in general with the physical challenges thrown in to really get people focused on something away from the rugby field, but something that is testing and fun."