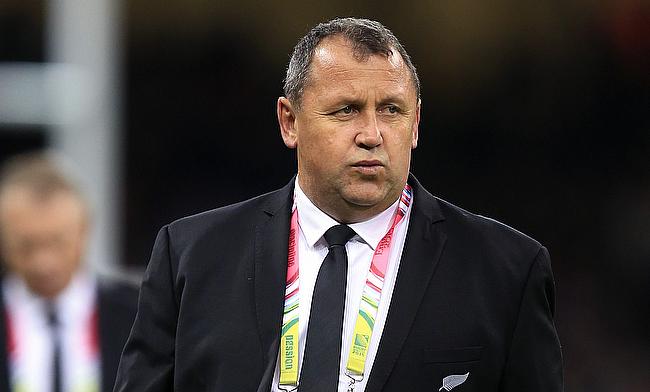 Sir Ian McGeechan believes New Zealand might still be the team to beat despite their back to back defeats in the recently concluded northern hemisphere tour.

Having started the year with wins over Fiji and Tonga, New Zealand also claimed the Bledisloe Cup and Rugby Championship. With victories over USA, Wales and Italy, New Zealand looked well on course to finish the year on a high but succumbed to a 29-20 and 40-25 wins over Ireland and France respectively.

The defeats also saw head coach Ian Foster receiving wide criticism before the New Zealand board came in support of the 56-year-old.

“You cannot judge the All Blacks on the basis of an autumn campaign in which they were clearly running on fumes,” McGeechan wrote in his column on The Telegraph.

“At their best, New Zealand still play a brand of rugby to which the rest can only aspire. Never out of a contest, as they proved against Ireland and France.”

Nevertheless, McGeechan feels New Zealand will need to work on their second-row and midfield combinations.

“Outgunned by Ireland and France. Retallick and Whitelock are not young men any more. Ian Foster has a lot of pressure on his shoulders. He also needs to settle on a first-choice balanced midfield.”

McGeechan also lavished praise on France and believes they might be a force to reckon especially with a home World Cup coming in 2023.

“This France team have the ability, as all great French teams do, to run tries in from anywhere. They just have so much talent. A pack of monstrous forwards including a ball-carrying front row. The best half-back combination in the world,” he wrote.

“The impact of Shaun Edwards has also been notable. Some of France’s defensive work now is outstanding. Home advantage in 2023. Another 18 months to build. Will not have to change too much as they have already brought the youngsters in. Scary.”