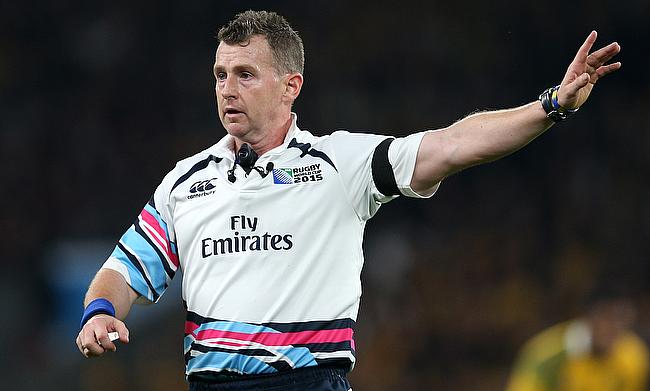 The trial will be underway in November
©PA

World Rugby have approved a closed trial revising the scope of the Television Match Official (TMO) during the upcoming November internationals involving tier one unions.

The decision follows after the trial was practiced during the 2018 Super Rugby season and is aimed at reducing the reliance on TMO and have more emphasis on on-field decision making.

World Rugby Chairman Bill Beaumont stressed on the importance of having consistency in decision-making and is looking forward to see the revised TMO rules in play during the November Tests.

“World Rugby is committed to regularly reviewing our match officiating protocols to ensure that they are in the best-possible shape to support accurate and consistent match official decision-making and uphold our player welfare focus without adversely impacting on the match.

“This Television Match Official review reflects that commitment and I would like to thank everyone who participated in the process and look forward to seeing the trial in practice this November.”

World Rugby Council Member and Rugby Committee Chairman John Jeffrey added: “In reviewing the current global protocol alongside the Super Rugby protocol, the group agreed that for this trial we should place greater emphasis on on-field decision-making, with the TMO role limited to try-scoring and serious foul play, while also removing the ‘on-the-run’ conversations between the TMO and team of three match officials.

“While we hope that the revised protocol will have a positive impact in terms of time impact on the game and accuracy, as with any trial, we will undertake a full review after the November window before determining whether to proceed.”